When the robots take over, lots of strange things are going to happen. Cars will drive themselves. Your smartphone may be able to say if that mole is cancer. The same device could order you noodles in Shanghai through instantaneous voice translation. Lots of truckers, dermatologists and phrase-book editors will need to find new work.

But possibly the strangest thing of all will be where the robots will be invented. High on the list of likely birthplaces is Toronto.

Yes, the city that can’t get a subway built or figure out public trash bins has sneakily become “the epicentre of machine learning” and “one of the world’s foremost hubs for AI research and development.”

That’s according to Samsung, who would know: The Korean tech giant opened an artificial intelligence lab in Toronto last spring. Google and Uber have done the same.

Just last week, the city’s status as an AI petri dish was cemented by two big announcements. The Canadian philanthropists Gerry Schwartz and Heather Reisman donated $100-million to establish a new “innovation centre” focused on artificial intelligence at the University of Toronto.

Just two days later, U of T professor Geoffrey Hinton was given a share of the prestigious A.M. Turing Award for his pioneering work in machine learning.

Unbeknownst to most Canadians, Canada has arrived as a major player in one of the world’s most exciting new industries, flying mostly under the radar. The signs are now all around – including in the Silicon Valley brand names attached to the title of every other U of T computer science prof. (Dr. Hinton has a second job at Google, a common arrangement for the city’s AI academia.)

Less obvious is how we got here. PhD theses will be written on the subject soon enough. But the evidence on the public record suggests some answers.

Justin Trudeau’s Liberals have a theory, of course, and it has a fair bit to do with Justin Trudeau’s Liberals. When the Prime Minister announced roughly $230-million in funding for an “AI-Powered Supply Chains Supercluster” in Quebec last December, he beamed, “Today’s announcement is an important step toward making Canada an export and AI leader.”

Samsung and Dr. Hinton may have been tempted to reply, “Way ahead of you, pal.” Ottawa’s effort to belatedly cover itself in the glory of the country’s AI sector brings to mind Samuel Johnson’s bitter definition of a patron: “One who looks with unconcern on a man struggling for life in the water, and when he has reached ground, encumbers him with help.”

But if Ottawa has at times been a cumbersome patron to Canada’s AI industry, that leaves the question of who should get credit – and more importantly, how to sustain the boom and replicate it in another field. Statists and free marketeers alike may be disappointed by the answer.

The shortest way to explain the accretion of AI talent in Toronto is with a name: Dr. Hinton. That’s what his colleagues say, anyway. Raquel Urtasun, the Spanish wunderkind developing driverless cars for Uber and U of T’s Vector Institute, calls him the “godfather” of AI and notes how many of his former students dominate the field.

The England-born Dr. Hinton has said he moved to Canada in the late 1980s for two reasons: first, although he was working in the United States at the time, he didn’t want to conduct research that would benefit the U.S. military; and second, the Canadian Institute for Advanced Research (CIFAR), a higher-education charity, was funding his brand of AI, a once-controversial subspecialty known as neural nets.

In other words, the Hinton ascendancy in Canada was a bit of a fluke. A visionary mind chose our country for reasons beyond anyone’s control, and the rest was history.

If the state’s hand was felt in the proceedings, it was gently, in the laying of deep foundations: building a world-class education system; funding university research; making Canada a welcoming place for immigrants like Dr. Urtasun and her United Nations of grad students; financing impressive organizations, like CIFAR, with a sense of science’s cutting edge.

All of which provides hints for governments about how to encourage innovation. Get the big things right – solid schools, savvy immigration rules, a robust civil society – and then let the geniuses have at it. It won’t produce many ribbon-cuttings. But it just might work. 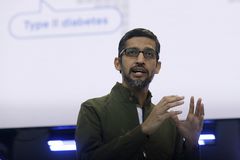 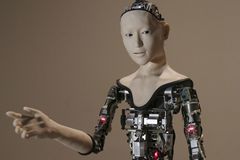