On Nov. 4, the day after the presidential election, the United States officially withdrew from the Paris Agreement on climate change. As vote counting tilted toward a Joe Biden victory, the U.S.’s departure from the climate accord became one of the final acts of Donald Trump’s deleterious presidency.

Rejoining the Paris deal will be among Mr. Biden’s first moves as president – a declarative break with the Trump era.

It will be a symbolic start for a president who has promised meaningful action on the environment. Mr. Biden has pledged US$2-trillion to wean the country off climate-heating fuels. In mid-December, when he introduced his environmental team, he called climate change “the existential threat of our time.”

As 2021 begins, the U.S. is once more an ally of Canada, the European Union and other like-minded countries in the fight against global warming. While this is a welcome reversal from the past four years, it is not all good news. The gap between Mr. Biden’s ambition and reality may be considerable.

The Democrats control the White House and House of Representatives but must win two Senate runoffs in Georgia on Tuesday. If they do, the Democratic-Republican split in the Senate would be 50-50, with ties broken by incoming vice-president Kamala Harris. But Democrats don’t vote as a block, particularly in the Senate. Passing legislation, on climate change and other issues, will be a challenge.

Mr. Biden can work more freely with executive orders and regulation. It was an approach used by Barack Obama when he faced Republican opposition in Congress, and one used by Mr. Trump as he sought to undo Mr. Obama’s environmental legacy. Mr. Trump took an axe to more than 100 climate policies. Among them was fuel-efficiency standards, which Mr. Obama tightened and Mr. Trump loosened. Mr. Biden will once more tighten them, and that’s good news for Canada, because it fits in this country’s climate plan and ends the risk of a bifurcated continental car market.

Mr. Biden also plans to order public companies to provide a clear accounting of what the risks posed by climate change mean for their businesses. That may put the U.S. ahead of Canada.

During the Trump era, Canadians were able to wallow in a sense of climate superiority. Mr. Biden’s actions may disturb that national self-satisfaction. The Trudeau Liberals’ proposed hike to the carbon tax is a big deal, but some of Mr. Biden’s plans, such as building a green electrical grid, mandating zero-emission vehicles and slashing methane emissions, may top Canada.

In the last year of Mr. Obama’s presidency, Canada, the U.S. and Mexico agreed to cut methane emissions by as much as 45 per cent by 2025 from 2012 levels. Mr. Biden wants “aggressive” cuts to methane, and one Democratic proposal in Congress calls for a 70-per-cent cut. Meanwhile, Ottawa’s concessions to Alberta and Saskatchewan may mean Canada only cuts 29 per cent by 2025.

The end of Keystone XL won’t temper the U.S.’s voracious appetite for oil, but it will deliver a political win for Mr. Biden with progressives and environmentalists. Canada’s oil industry should be able to weather this speed bump, as there is new pipeline capacity coming on elsewhere, notably from the Trans Mountain expansion.

Mr. Trump’s exit from the White House brings relief to many Canadians. But to imagine Mr. Biden as Canada’s pal, some sort of opposite of Mr. Trump, is not accurate, on climate or in general. Keystone XL is one example. Mr. Biden’s promise of “buy American” is another. Canada’s relationship with the U.S. will be, as it has always been, a mix of co-operation and competition.

Regardless of political hurdles in the U.S. or stresses in the bilateral relationship, Mr. Biden’s presidency is a demarcation. The coronavirus pandemic dominated 2020, but in the long run it is climate heating that looms as the larger tsunami. It is a win to have someone in the White House who respects the scale of the challenge and is ready to define his legacy by what he does about it. 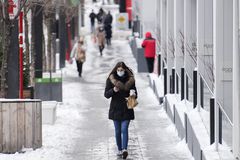 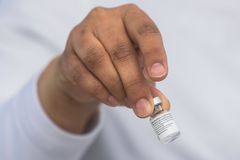 Opinion
What the Trudeau Liberals can learn from Joe Biden
December 18, 2020