The good news is that our economy is reopening. The bad news is Canada has a ways to go before recovering all the jobs lost this year.

The return journey will take months and, if there are headwinds or speed bumps, it could take years. That means even as things improve for most Canadians, a large minority will be unemployed or underemployed for some time, through no fault of their own. They are going to need support, and the traditional Employment Insurance program won’t cut it, since many of the unemployed do not qualify for it.

But first, the good news.

The Canadian labour market has already recouped more than half its pandemic job losses. By April, 5.5 million workers had been affected by the economic shutdown – three million lost their jobs, and 2.5 million were still employed yet not working. But between April and July, the economy added more than 1.6 million jobs, according to Statistics Canada, and the number of people working less than half their usual hours fell below one million.

That means the number of workers affected by COVID-19 has dropped from 5.5 million to 2.3 million. And the unemployment rate, which rose from 5.6 per cent in February to 13.7 per cent in May, has fallen back to 10.9 per cent. There is every indication that those numbers will continue to decline in August and – assuming no health or economic speed bumps – through the fall.

To keep this moving in the right direction, the most important thing is continued progress on reopening the economy. And that in turn is dependent on smart public-health measures that allow reopening to happen, without sparking major COVID-19 outbreaks.

But even if everything goes right – steady economic recovery, no second pandemic spike, and strong demand from our chief export market in the United States – Canada’s job market won’t get back to where it was in February until late 2021 or 2022. The excess of job seekers over jobs is dropping fast, but hundreds of thousands of idle Canadian workers will not find work for some time.

The question is what should be done to help them.

The Trudeau government has yet to spell out the details but, later this month, it is going to allow the Canada Emergency Response Benefit (CERB) program to begin wrapping up, transferring responsibility for supporting most jobless people to a redesigned Employment Insurance program. In principle, that’s not a bad idea. It all comes down to how EI is redesigned.

CERB had to be created for two reasons. First, because EI’s processing systems couldn’t handle millions of people all losing their jobs, and all applying for benefits, at the same time. And second, because most unemployed Canadians don’t qualify for EI. In 2018, only 42 per cent of the unemployed were eligible.

The tricky balance Ottawa has to strike involves providing a robust safety net for those who are genuinely unemployed – of whom there will still be about two million in September, and hundreds of thousands next year – while not providing that help in a way that discourages people from working.

The best way to do that may be to relax the Employment Insurance rules. To qualify for EI now, a worker must have worked between 420 and 700 insurable hours, depending on their local unemployment rate, and have accumulated those hours either in the past year or since their last claim, whichever period is shorter. Temporarily relaxing the criteria would allow more people to qualify.

However, a lot of today’s income-less people used to be self-employed, and they may not qualify for EI, even under looser rules. Ottawa is going to have to create some kind of bridge program for them – and it has promised to do so.

Getting more unemployed people into the EI tent makes sense. EI allows people to work while receiving benefits, with only some of their earnings clawed back, which means that finding work is rewarded rather than punished. EI also offers programs for education and retraining – and given that a period of joblessness is the best time possible for someone to acquire new skills, the financial support for unemployed workers to do so should, if anything, be expanded.

The ideal outcome? A more accessible EI program, but one that, come the new year, few Canadians are applying for – not because the rules are too restrictive, but because the economic recovery has been so successful. 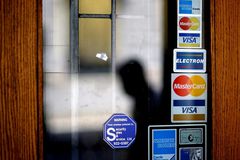 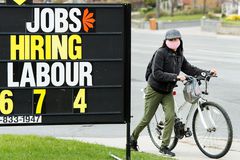 I’ve been asked to return to work but I’m afraid to do so. Can I still collect CERB in this situation?
Subscriber content
August 9, 2020 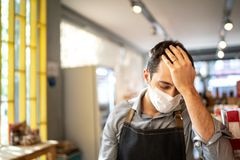