The financial disaster that is the Muskrat Falls hydroelectric project has many authors. The most important may be the Stephen Harper government.

Had it not effectively loaned the federal balance sheet to Newfoundland and Labrador, allowing the province to finance a massive megaproject that it could not afford, the taxpayers of Canada would not be on the hook for this multibillion-dollar fiasco.

But first, a little history.

In the late 1960s, construction began on a massive hydro project on Labrador’s Churchill River. To pay for it, Newfoundland signed a long-term power contract with Quebec, at prices that turned out to be brutally lopsided in the latter’s favour. Quebec has cashed in for decades.

Muskrat Falls was supposed to be Newfoundland’s shot at a do-over. The project, farther down the Churchill River, was unveiled in 2010 at a cost of $6.2-billion. It was championed by Progressive Conservative premier Danny Williams. A new transmission line would send electricity to Newfoundland, with an undersea cable carrying excess power to Nova Scotia. The sales pitch made it sound like a can’t-miss proposition.

A decade later, Muskrat Falls has become a kind of infrastructure how-not-to guide. It is billions of dollars over budget, and it will take years to pay the bill – starting with the federal government’s agreement this week to bail out the province. Precise details, and costs, are still to come.

At inception, oversight of Muskrat Falls was given to Nalcor, the Crown corporation Newfoundland created to manage the province’s energy assets. Nalcor had no experience with such a project.

In mid-2011, a federal-provincial environmental review panel recommended that, before giving Muskrat Falls the green light, St. John’s formally review its financial outlook. The panel also called for an independent analysis of alternatives. St. John’s and Ottawa rejected both ideas in early 2012. Soon after, Newfoundland’s Public Utilities Board said it was unable to endorse the project. The board lacked the time and information to decide whether Muskrat Falls was the best option, or if it was needed at all.

The then-Progressive Conservative government in St. John’s wanted to push ahead, but the financial burden of Muskrat Falls was too big for the province. It needed Ottawa’s fiscal heft – and the lower borrowing costs to be had by taking advantage of Ottawa’s AAA credit rating.

Mr. Harper, in the 2011 election, promised Newfoundland his support. In late 2012, Ottawa provided a $5-billion loan guarantee. A few weeks later, Muskrat Falls officially moved ahead – even as predicted costs had already jumped to $7.7-billion.

By 2016, costs had surged to $11.4-billion. The Trudeau government threw some more good money after bad, upping the federal loan guarantee by another $2.9-billion.

A new boss at Nalcor, installed by the new Liberal provincial government, called Muskrat Falls a “boondoggle” that was too big for Newfoundland’s needs. “It was a gamble. And it has gone against us.”

Today, the Muskrat Falls price tag stands at $12.7-billion. It is nearly complete, and power should be flowing within a year. The result of a public inquiry into the financial disaster arrives in March.

Newfoundland could not afford Muskrat Falls in good times. These days, Newfoundland has the only double-digit unemployment rate among the provinces, and there’s a sizable deficit in its budget, a budget that is more reliant on oil than even Alberta’s. Newfoundland also has the lowest credit rating among Canadian provinces.

If Newfoundland electricity users had to pay for the full cost of Muskrat Falls – and to be clear, that’s how a normal electricity market works – hydro rates would have to double next year. Ottawa’s deal with St. John’s to restructure the project’s debt will effectively subsidize provincial power costs, though to what degree, and for how long, remains to be revealed.

Canadian taxpayers should never have been on the hook for the many mistakes at Muskrat Falls. This should have been a purely provincial project. Instead, Ottawa essentially wrote the province a blank cheque, assuming that it would never need to be cashed. Without that federal “help," this project might never have gone forward. Billions of dollars would have been saved. 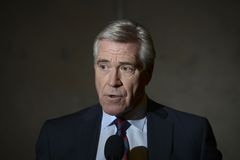 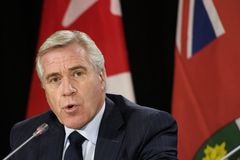 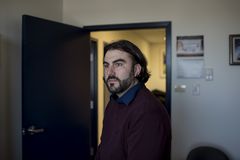