There are two minority groups in Canada that are badly over-represented in the country’s justice system, and which, not coincidentally, also live with higher rates of poverty and high-school dropout, over-representation in child welfare services, poorer living conditions on average, and less economic opportunity compared to other Canadians.

The other group is Indigenous people. They make up 5 per cent of the population but account for an astonishing 30 per cent of federal prison populations – a number that has been steadily rising for years. They, too, are over-represented in solitary confinement.

This is Canada today: a country that justifiably boasts of its diversity and fairness, but where too many members of two important minority populations are plainly and obviously not equal beneficiaries of those assets.

One of the main consequences of this is seen in the levels of youth violence and crime afflicting black and Indigenous communities.

The vast majority of young black or Indigenous people are not in any way connected to criminal activity. But the law-abiding majority in those minority communities are nonetheless more likely to become victims of gun and gang violence than their peers in other communities. One study on income levels in Toronto neighbourhoods found that, of 339 homicides from 2005 to July 1, 2009, only 35 occurred in the city’s wealthiest areas. Nine out of 10 took place in lower-income neighbourhoods far from the downtown core.

As we’ve said over and over in previous editorials, there is a segment of the Toronto population that lives in constant fear of gun and gang crime. And yet not enough is being done to help them because, for most Canadians, “guns and gang violence” is an abstraction that only becomes worthy of attention during the infrequent moments it spills over into wealthier neighbourhoods.

Police chiefs and government officials often say that gang violence isn’t something society can arrest its way out of. But the disproportionate number of Indigenous and black youths in our prisons, and the well-documented over-policing of racialized neighbourhoods in Toronto, are evidence that they are certainly willing to give it a shot.

This is in spite of the fact there is a correlation between income levels and crime rates, between being young and getting involved in crime, and between feelings of exclusion and the likelihood of joining a gang.

Governments acknowledge these correlations when they implement programs designed to divert youths in low-income areas away from gang life, and to keep them in school. Where they don’t tend to acknowledge them is when they announce programs to reduce poverty, or to build new and better transit to under-served areas of Toronto, or to ensure more affordable housing.

And yet any one of those efforts is, in the long run, likely to be a more effective and permanent “anti-guns and gangs” solution than putting additional money into policing, cracking down on access to guns, or making it tougher for accused people to get bail.

At this point, with gun and gang violence on the increase in Toronto, governments have little choice but to try a cocktail of remedies that necessarily includes an emphasis on law enforcement. Policing is largely reactive; when laws are broken, police have to react. More people will be going to jail and, if current trends hold, a high percentage will likely be black or Indigenous.

All of which adds up to a giant failing on the part of Canada. Ours is a successful society, yet it still has too many pockets of poverty, underemployment and lack of hope.

Yes, Canada has less violent crime than the United States, and that is in large part because our country has less poverty, less income inequality and more social mobility than our southern neighbour.

In relative terms, we look better. In absolute terms, we still have a long way to go.

To fight crime, Canada has to fight poverty, inequality and despair
February 10, 2020 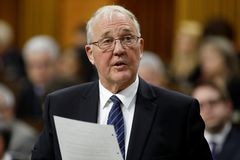 On gangs and guns, politicians are missing the point
February 10, 2020 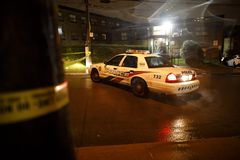