Federal Finance Minister Bill Morneau did his best to calm Canadians last week when he said Ottawa has the “fiscal firepower” to respond to any economic fallout from the coronavirus crisis.

That was a useful message to deliver. Along with the fact the Bank of Canada lowered interest rates by 50 points last week, and that the Trudeau government has created a cabinet committee focused on the disease, there are positive signs that our government is being proactive.

But Ottawa needs to do more. While it’s good to know that the federal government is prepared to stimulate the economy if needed, an even more important message is that it will do whatever is required, right now, to limit the damage of an epidemic in the first place.

That means spending money on preparations. Prime Minister Justin Trudeau said last week that Ottawa won’t resort to “knee-jerk reactions.” Fair enough. But no one is asking anyone to overreact. What Canadians want is to be reassured that the country isn’t under-prepared.

At the same time as Mr. Trudeau and his cabinet are letting the business world know that the Treasury is locked and loaded and ready to fire should the economy suffer, Ottawa should also be asking the provinces, major cities and other stakeholders, How much money do you need to be ready if the worst happens?

Consider it an insurance policy. Ottawa can spend a few hundred million dollars on a premium now – the equivalent of a rounding error on a federal budget of $355-billion – that could well prevent it from having to spend a lot more later.

The coronavirus is not, at its root, an economic issue. It’s a public-health issue, which if not dealt with will deliver hazardous economic side-effects. The concern for the economy is not misplaced, but the economy will only need a rescue package if we fail to stop the spread of the disease.

Canada knows what is needed better than other countries. The silver lining of having been one of the epicentres of the 2003 SARS epidemic is that Canada got to study where and why its health system failed.

Out of that tragedy came better preparations for the next, inevitable pandemic. That includes the creation of the Public Health Agency of Canada, which has 2,400 employees and is at the forefront of the fight to contain the spread of the coronavirus, and better disease-control protocols in hospitals, better training for health-care workers, and better communications between those on the front lines.

But those advances, which will save lives this time, were responses to the circumstances of the SARS epidemic. That crisis was mostly confined to China, caught Toronto unaware, spread more slowly and, though it appears to have been more deadly, in Canada was largely confined to two hospitals.

The coronavirus is different. It is already far more widespread than SARS and has killed more people, but it also appears to be much less deadly. This is a virus that seems destined to infect many more people than SARS. And we know it’s already here in Canada.

So, while Ottawa has no reason to hit the panic button, it should let it be known that it has the money to ensure the country isn’t under-prepared for what may be coming.

In the United States, Congress quickly passed a US$8.3-billion coronavirus funding package that President Donald Trump signed on Friday. It will help local and state governments test for the disease and prepare for an epidemic.

The move, with Congress appropriating the money in record time, sends a more concrete message than Mr. Morneau’s assurances that he will set aside a larger-than-usual amount for unforeseen contingencies in the upcoming federal budget – a document whose drop date is likely weeks away.

Mr. Morneau is signalling a readiness to tackle future economic contingencies, but is Canada prepared, right now, for the health consequences that may be coming?

If the number of suspected infections jumps, can enough people be tested for the virus quickly? Do hospitals currently have enough staff and protective gear? Are there enough beds and facilities available? At this point, that’s not clear.

The federal government is right to worry about the economic fallout of the coronavirus. But the best way to avoid being hit with high economic costs tomorrow, is to have everything on hand to successfully tackle the disease today.

No one ever regretted being over-prepared for a disaster.

Italy locks down 16 million people in the north as coronavirus cases surge
March 11, 2020 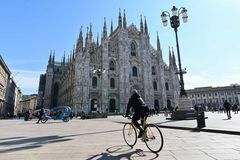 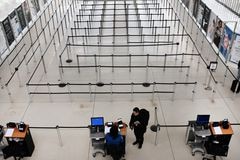