The 2017 provincial election in British Columbia was as close as they come. The Liberals, in power for 16 years, won 40.4 per cent of the vote and 43 seats. The New Democrats picked up 40.3 per cent of voters and took 41 seats. Holding a tenuous balance of power were the Greens, with three seats.

It looked like a stalemate. The betting was that another election was inevitable, and soon. The NDP managed to form the slimmest of minority governments, after drawing up a deal with the Greens and convincing a Liberal to become Speaker. Those moves were just enough to give Premier John Horgan and the NDP a one-seat working majority. Remarkably, that arrangement has lasted more than two-and-half years. The usual question – when will the government fall? – has been absent.

The status quo is beginning to shift, however. Last November, Green Leader Andrew Weaver said he was stepping down as party boss. That raised questions about the future of the NDP-Green understanding. The Greens choose a new leader this June. Last week, Mr. Weaver decided to sit as an independent, citing family health reasons. That spurred talk of a snap election. Even Mr. Weaver, who still backs the government, said he wouldn’t be surprised if a vote is called.

An election doesn’t have to held until the fall of 2021, but the NDP has reason to consider going to the polls early. As the government readies its third budget, set to land next month, the economy remains strong and Mr. Horgan is popular.

The last time the NDP ran B.C., in the 1990s, the results were less than satisfactory. The NDP ended up decimated after the 2001 election, reduced to two seats by the BC Liberals, who thereafter always painted the NDP as a fiscal disaster. It was not an entirely fair claim, but neither was it without without foundation.

The NDP and Mr. Horgan have done a lot to answer critics. Their time in power has been marked by good economic fortune but, after a long exile from office, they’ve also acquitted themselves well in government.

The NDP have maintained a balanced budget. They invested more in infrastructure, worked on climate change and reformed the province’s Wild West political financing. They grappled with housing, money laundering and the financial quagmire at the provincial insurance agency. And while the government fought against the Trans Mountain oil pipeline expansion, it supported B.C.’s emerging liquefied natural gas industry and the Coastal GasLink pipeline.

So much in politics is timing. Back in 1991, the province and country were mired in a terrible recession. The NDP ran seven years of small deficits before delivering two balanced budgets.

In 2017, in contrast, the NDP inherited a balanced budget, a healthy treasury and a strong economy. That provided leeway to invest. The NDP increased infrastructure spending by more than 50 per cent, to about $10-billion a year – money spent on schools, roads, transit and health facilities.

The debt-to-GDP ratio was just 15.9 per cent in spring 2017; since then, the debt load has declined further, to 14.6 per cent. That’s low compared with most provinces. B.C. is borrowing more under the NDP, at extremely low interest rates. The province’s fiscal position is sterling, and this page has suggested that B.C. has room to further increase capital investment.

Thanks to the expanding economy, revenue in 2019-20 is expected to hit $58.9-billion, up $7.4-billion from 2016-17. The NDP brought in small tax increases for high-income earners and corporations but most people are paying less.

A growing revenue base has given the NDP government room to spend more on health, education and social services, while keeping the budget in balance.

And even with its higher spending, the NDP have been mindful of budget limits. Take the party’s promise of Quebec-style, universal, $10-a-day child care. The NDP have made progress on this, but it has been slow. About 27,000 spots in the province go for $10-a-day or less, up from 22,000 when the NDP came to power. A faster expansion of the program is not something the province can currently afford.

The NDP government has surprised, and in doing so has laid to rest memories of the 1990s, and rebutted the old attacks on the party’s fiscal acumen. That’s a big reason why it wouldn’t be a surprise if Mr. Horgan were to capitalize by calling an early election.

Former BC Green leader Andrew Weaver to sit as an independent in legislature
January 15, 2020 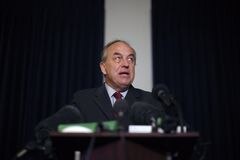 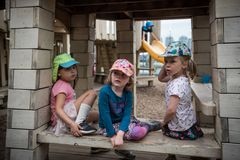