The disproportionate COVID-19 death rate in Canadian long-term care and retirement homes is arguably the single greatest fiasco of the pandemic. To date, 68 per cent of all deaths – more than 14,000 people – have been long-term care residents.

The failures have come at all levels. The federal government, the provinces and too many LTC home operators failed to err on the side of caution and assume the new virus could be transmitted by asymptomatic carriers. They did not insist on testing and masks for workers and visitors entering the homes until it was far too late.

The homes themselves, whether for-profit or non-profit, were reliant on low-wage, poorly trained part-time staff when the first wave of the pandemic struck, a problem aggravated by a chronic, nationwide lack of personal protection equipment.

Throw in Canada’s aging population and an explosive demand for LTC beds that forces homes to operate at full capacity, and all the elements for this disaster were there. Canada’s governments and LTC operators made choices that amounted to a plan for failure, and thousands paid with their lives.

And so on to the finger pointing.

The premiers, whose governments are responsible for health care, insist that Ottawa needs to increase provincial transfers to cover the cost of reforms, such as better pay and training for workers. Just send more cash.

Others, such at the federal NDP, lay the blame on the growing private ownership of LTC homes in Canada. Slightly more than one quarter (28 per cent) are run as for-profit businesses, according to the Canadian Institute for Health Information – a number that jumps to 57 per cent in Ontario.

The NDP wants to get rid of private operators, and is calling for all homes to become non-profit operations working under national standards by 2030.

All of these solutions – more federal money, national standards and banning for-profit operators – while not exactly red herrings, ignore the reality on the ground.

In Quebec, where more than half of the entire country’s LTC deaths have occurred, 86 per cent of the homes are publicly owned.

In Ontario, a study by the Canadian Medical Association Journal published in August found that for-profit homes were no more likely to have COVID-19 outbreaks than homes run by non-profit organizations or by municipalities.

On the other hand, once an outbreak occurred, the infection and death rates in for-profit homes tended to be higher, largely because many of them are housed in older buildings with narrow corridors and multi-bed wards. Some are operating in facilities built to standards that date to the 1970s.

Why are those antiquated buildings still in operation? In Ontario, it’s because of a desperate need for more LTC beds that has not been met by the non-profit sector or the provincial government.

According to Ontario’s Financial Accountability Office, the number of LTC beds in Ontario increased by only 0.8 per cent between 2011 and 2018, while the number of people over the age of 75 grew by 20 per cent, and the waiting list for an LTC bed rose from 19,615 to 34,862.

Across Canada, there was a shortage of 63,000 LTC beds in 2017, according to the Canadian Health Coalition.

These days, people are grateful for any LTC bed they can find, and government inaction has opened the door for for-profit homes to fill the gap. But there’s no reason in principle to oppose privately delivered, publicly funded health services. Government needs to fund and regulate; directly operating LTC is another story. The family doctor who delivers your public health care is a private businessperson, while a senior receiving drugs subsidized by a taxpayer plan is still filling her prescription at a for-profit pharmacy. Private providers are all over publicly financed health care.

The root problem is not for-profit versus non-profit. It’s an acute shortage of LTC beds of any kind.

Ottawa can and should fund more LTC beds, and more spending on each bed, but making that a reality is up to the provinces. They need to move on upgrading older homes and building new ones. They need to ensure that care workers are properly trained, equipped and paid. And they need to review their standards of care and carry out more inspections and enforcement – all things that were begging to be done long before the pandemic hit. 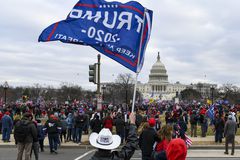 Opinion
Wider sidewalks and fewer cars: Why Toronto’s plan for Yonge Street is the future of cities
February 13, 2021 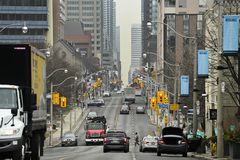 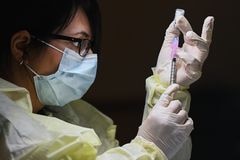