Viewers tuning in to Prime Minister Justin Trudeau’s daily COVID-19 briefing on Tuesday may have wondered why the PM felt it necessary to say, early in his prepared remarks, “I want to make it very clear: I believe in our democratic institutions.”

The Trudeau government deserves credit for its handling of the virus emergency. It has not been perfect – that’s not a human attribute – but so far, despite some slowness on public-health measures, Team Trudeau has generally been competent, thoughtful and moving in the right direction. It looks particularly admirable when stacked against the often confusing and counterproductive emanations from the White House.

But what the Trudeau government delivered on Monday night, and which Mr. Trudeau tried to address on Tuesday morning, was its first big mistake. And it had nothing to do with COVID-19.

The trouble was hidden in the government’s draft bill for emergency economic measures, including $27-billion in payments to Canadians in need, plus $55-billion in tax deferrals. The bill’s provisions, as laid out in broad strokes a week ago, are reasonable. The opposition parties agreed to a quick sitting of Parliament, with a skeleton crew of MPs, in order to pass them into law.

However, the bill also contained unprecedented clauses, effectively granting the Finance Minister the power to engage in increases or decreases in spending, or tax increases or tax cuts, without needing to come back to Parliament for a vote – a power grab to last until the end of 2021.

Some critics said that was like winding the clock back to the early 17th century. It’s a foundational principle of parliamentary democracy that the executive cannot spend without the consent of Parliament. That’s what the House of Commons is for: no taxation without representation.

Yes, we’re in a health and economic crisis. Yes, there are steps that must be taken; some must be taken quickly. We’ve been largely supportive of what the Trudeau government has done so far – and so have the opposition parties.

Which is why this attempted power grab, even if it was just a negotiating tactic or a bit of distraction, looks so wrong. It simply wasn’t necessary. And as of early Tuesday evening, it was still holding up the vote on the much-needed relief package, as the opposition parties rightfully dug in their heels.

The Trudeau government is wrong to think that the need to work through Parliament is a barrier to swift decisions, or good decisions. Debate and scrutiny sharpen thought and action. The opposition has been invisible for the last few weeks but, in the long run, that’s not what it should be. Its role as critics of the government, holding it to account, is vital.

No, we don’t need what a lot of Canadians think of when they hear the word “politics”: blind opposition, name calling, character smears, and playing solely for political advantage. If that’s what the Conservative Party or the New Democratic Party deliver, voters will make them pay. And they know it.

But the Trudeau government should not act as if, in a crisis, criticizing the government is a distraction, or nothing more than politics. On the contrary, constructive criticism – loyal opposition – is essential for a democracy.

It will be up to voters to decide if the other parties are offering an opposition that improves Canada’s crisis response, or that simply creates roadblocks. A government should always be subject to criticism; the critics of government should be critiqued, too. A crisis is no time to diminish any of that.

During the Great Recession more than a decade ago, a minority Conservative government initially wanted to go light on economic stimulus measures. The opposition pushed for more. The opposition was right, and the Harper government changed course. Eureka.

For more than 150 years, Canada has got things done better by engaging in robust debates, through war and peace, depression and boom times. It’s the oxygen of our society, and our success. 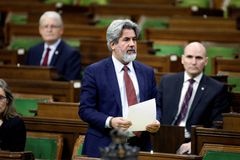 Scheer says Tories will back Liberals on proposed $82-billion aid package, but not on new government powers
March 24, 2020 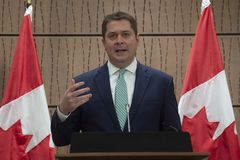 Canadian groups ask Ottawa to focus any oil bailout on workers and families, not corporations
March 24, 2020 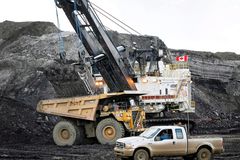