If it wasn’t clear before last Sunday, it is now: The United States under President Donald Trump is a superpower whose Mideast policy is unburdened by reason.

Mr. Trump’s unilateral decision on Sunday to grant Turkey its wish to wage war against Kurdish forces in Syria is the final proof of this.

By pulling back U.S. troops at the request of Turkish President Recep Tayyip Erdogan, Mr. Trump has opened the door for Turkish forces to roll across the border into Syria, thereby creating new sources of turmoil and conflict in a region that badly needs less of both.

Mr. Trump has also callously turned his back on a loyal U.S. ally, the Kurdish fighters in the Syrian Democratic Forces who were instrumental in defeating Islamic State forces in the region. On Wednesday, the President said he didn’t owe the Kurds anything, because they hadn’t helped America during the Second World War’s D-Day landings.

The U.S. has gone from asking for the Kurds’ help, funding and training them, and boasting of how they helped to defeat IS, to offering them up as cannon fodder, for no strategic reason.

Mr. Trump’s statements since Sunday’s reversal are neon-bright testimony to the incoherence of his decision. Having given Mr. Erdogan what he wanted, and then facing severe blowback the next day from his own party, he tweeted he would “totally destroy and obliterate the Economy of Turkey” if it did “anything that I, in my great and unmatched wisdom, consider to be off limits.”

He subsequently reiterated his support for the Kurds, whom he called “special people and wonderful fighters,” and said that “any unforced or unnecessary fighting by Turkey will be devastating to their economy and to their very fragile currency.”

And then on Wednesday, after Turkey had begun its assault on Kurdish forces in Syria with air strikes and artillery fire, claiming the lives of at least seven civilians and forcing thousands of others to choose between fleeing their homes or staying behind at great peril to protect their possessions from looters, Mr. Trump stated that the U.S. "does not endorse” the very attacks for which his acquiescence had paved the way.

Mr. Trump’s bizarre threat to “destroy" the Turkish economy has amounted to another case of him spouting impotent, empty words. An emboldened Turkey’s next step likely will be to send troops into Syria to engage directly with Kurdish fighters, a move made inevitable by the fact the U.S. did nothing to discourage Turkish warplanes from bombarding Kurdish positions.

Mr. Trump has effectively told the players in the region to have at it; that the airspace over that part of Syria is open for business. It’s a development that will be watched by Russia, Iran and China, and used to their advantage. IS, too, will see an opportunity to regroup.

All of this stems from Mr. Trump’s incoherent contention that the U.S. “should never have been in Middle East," as he tweeted Wednesday.

He ran for election on a promise to pull U.S. troops out of Syria, which he now appears to have done. And he has long argued that it is not in the U.S.'s interest to “police” antagonistic factions in the Middle East, a state of affairs he refers to in tweets as “#endlesswars.” He also contends that, if the lack of an American presence leads to a Mideast calamity, “we can always go back & BLAST!”

Limiting U.S. involvement in overseas conflicts is not an unreasonable idea, and a thoughtful President would be capable of giving life to it, while at the same time respecting his commitments to his country’s friends and to America’s vital strategic interests. But Mr. Trump is not that president.

There are legitimate questions about how long U.S. forces should remain in Syria and what they are doing there. But Mr. Trump’s abrupt abandonment of his country’s Kurdish partners is not a thoughtful answer to those questions. Nor is it part of a strategy to diminish threats in and from the Middle East. 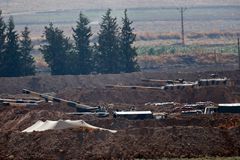 Trump defends himself against Republican criticism over decision to pull back U.S. troops in Syria
October 9, 2019 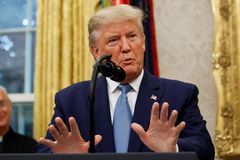 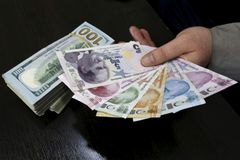 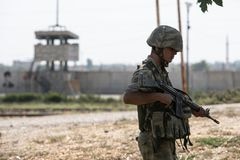