California gave the world the modern sharing economy. Companies based there, such as Uber and Instacart, invented ways of programming a smartphone to quickly and easily order a cab or have your groceries delivered to your door.

But the software behind those transactions is only half of the story. The other essential element is the workers who drive customers and deliver food – many of whom feel trapped in the gig economy.

Now, California is leading a rethink of what it means to be an employee in the digital age.

Uber and its peers argue that they are not employers and that their workers are not employees. Instead, the companies view workers – without whom the app world would not exist – as self-employed contractors, operating without the basic protections enjoyed by full-time employees.

Uber, in fact, argues it is not in the transportation business at all, and thus its drivers are tangential to its enterprise.

A California Supreme Court ruling last year took a very different view of the nature of gig work. A key criterion, now codified in a new state law, is that a worker is an employee if their job is a part of a company’s core business. Few would argue that Uber drivers don’t fit this description.

California is home to the most millionaires and billionaires in the United States. It also has the country’s highest poverty rate, with burgeoning tent cities and people living in their cars.

The rise of the sharing economy has been a boon to many, but it has come at the cost of making vulnerable people in the job market even more vulnerable, left without the benefits and stability that come with work where one is treated as an employee.

On signing the new California law, Governor Gavin Newsom said it would help reduce “workers being wrongly classified as ‘independent contractors,’ rather than employees, which erodes basic worker protections like the minimum wage, paid sick days and health insurance benefits.”

The law lays the groundwork for workers to unionize, bargain for better pay and gain a greater voice at work.

But that is a starting point, not a conclusion. Uber, Lyft and DoorDash have said they could spend as much as US$90-million next year to back a potential ballot initiative to quash the law.

In Canada, 1.3 million people are self-employed, unincorporated and have no employees – the Statistics Canada definition of the gig economy (it includes freelance writers, babysitters and newspaper deliverers). The group represents 7 per cent of Canada’s 18.7 million workers, most of whom – 15.8 million, or 85 per cent – are considered employees.

Among the efforts in Canada to fight for gig-economy workers, Foodora delivery people voted this summer on unionizing. The results haven’t been revealed, as the Ontario Labour Relations Board is still assessing the case; Foodora argues its workers are not its employees and therefore cannot unionize.

The broader debate has prompted some provinces to introduce different measures. In Ontario, the former provincial Liberal government passed labour legislation in 2017 that included shifting the onus on to employers to prove a worker is not an employee. When Doug Ford’s Progressive Conservative government overhauled that legislation, it put the onus back on the employee.

Ottawa, meanwhile, followed the route of the Ontario Liberals. Under amendments to the Canada Labour Code, which governs federally regulated companies such as banks and airlines, employers will have to prove their contractors are not actually employees.

California’s new law goes farther. It puts the weight of government behind the worker, as the state and cities can sue companies that don’t abide by the law.

Canadian lawmakers have yet to follow that lead, in a complex area where there isn’t necessarily just one right answer. A recent review of British Columbia’s Employment Standards Act suggested protections for contractors are best crafted apart from traditional labour laws.

What is certain is the working life of millions of people in North America is becoming more precarious. California’s laws, and their results, should be studied by Canadian governments, as they consider how to protect the workers who need it most. 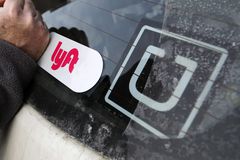 Labour board opens hearing for proposed Foodora union that could have ripple effects in gig economy
September 10, 2019 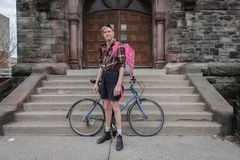