This week, Ontario’s Auditor-General released her first report on the province’s pandemic response. Bonnie Lysyk presented a lengthy and well-founded list of criticisms of how Premier Doug Ford’s government has managed the crisis. Problems include an opaque decision-making process; the centrality of politicians and bureaucrats over health experts; failures to communicate or co-ordinate with local health officials; and how, in the months before the second wave, the government didn’t fix an inadequate testing and tracing system.

The point of all of this should not be to figure out whom to punish or blame. It should be for thinking hard about how to up our game against COVID-19.

We’re still in the middle of a war and, for most of the country, the coming weeks likely will bring a heating up, not a cooling down. Canada needs to pinpoint what it got wrong over the past nine months and why, in order to do better in the months to come. It’s constructive criticism time.

Most of the problems in Ms. Lysyk’s report are not revelations; that makes them no less troubling. Experts from public health and the health care system have long decried the situation, in the media and on social media.

It may seem unfair to be picking on Ontario. It suffered the country’s second-highest death toll in the first wave but is currently reporting relatively fewer second-wave cases, hospitalizations and deaths than most other provinces, even while testing more.

Which is why this Ontario report is a reminder that there are failings across the country. Ontario needs to up its game, but so do other provinces, and so does Ottawa.

In the long run, Canada is going to beat the virus. Life will go back to normal. But it will be some time before Canada has enough doses of vaccine to be a game changer.

Based on Ms. Lysyk’s findings, here are three things Ontario and other governments can do to up the odds of better decisions, less economic damage and fewer lives lost.

Put experts front and centre: At the end of the day, elected officials are responsible for government decisions. The buck stops with them. But on issues like public health, the wise thing is for politicians to delegate much of their authority to experts. Hire a contractor who knows more than you do, give them room to do their job and be open to replacing them if they don’t work out.

In Ontario, the Auditor-General’s report reinforces the need to replace the Chief Medical Officer of Health, Dr. David Williams – but also the need for his successor to be better qualified, and to be empowered rather than sidelined.

As for Mr. Ford, he needs to stop being the spokesman for every health decision. Make like British Columbia Premier John Horgan and take a step back. It’s enlightened policy and prudent politics.

Have a vaccine-distribution plan: Ms. Lysyk lays out Ontario’s history of emergency measures that should have been in place, but weren’t, and actions involving multiple levels of government that had to be co-ordinated, but never were. Vaccines can’t be a repeat of that.

Ottawa and the provinces need a detailed plan for how vaccines are to be rolled out and efficiently pumped into millions of arms. That road map has to be finalized long before vaccines arrive.

Expand testing and tracing: Ms. Lysyk describes an Ontario where COVID-19 testing is insufficient and slow, and where results are still tracked through a “manual, paper-based process.” She reports that in Ottawa earlier this fall it took 4.5 days from the time a test was administered to getting a result, to starting (not finishing) the tracking of an infected person’s contacts. In Toronto, it took four days.

And for all that, Ontario is a national leader in testing. Other provinces, most currently experiencing bigger outbreaks, are in an even deeper hole.

Until vaccines are widespread, more robust testing and tracing is the best hope of avoiding new rounds of shutdowns. As Ms. Lysyk notes, based on a recent study in The Lancet medical journal, when a test-and-trace system is working without delays, “an infected person’s potential to transmit COVID-19 to others can be reduced by 80 per cent.”

The first nine months of the pandemic were hardly a victory for Canada. And unfortunately, there’s still lots of time left on the pandemic’s pre-vaccine clock. For now, learning from our mistakes is our best option.

Opinion
Overriding the provinces on COVID would cause long-term harm to Canada
November 26, 2020 Opinion
The ‘Great Reset’ conspiracy theory is a great embarrassment for all involved – including Ottawa
Subscriber content
November 24, 2020 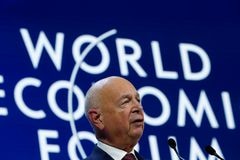 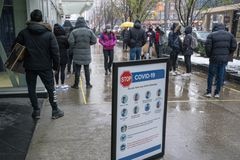