Coronavirus information
The Zero Canada Project provides resources to help you make the most of staying home.
Visit the hub
The Editorial Board
Published June 5, 2020 Updated June 7, 2020
Comments
Please log in to listen to this story. Also available in French and Mandarin. Log In Create Free Account

Even while the Second World War was still raging, the Allies were already planning for the postwar by signing the Atlantic Charter, drawing up blueprints for the International Monetary Fund and the World Bank, and creating the United Nations. Canada formed a Committee on Reconstruction in 1941, headed by the principal of McGill University, which recommended the creation of a social safety net to support the jobless, seniors and the sick. Before the war was over, Ottawa had established employment insurance, family allowances, a Department of Veterans Affairs and a program to pay for tens of thousands of veterans to go to university.

Canada’s current fight, against a pandemic and its economic consequences, has months and maybe even years to go. But the midst of battle, one that we can and will win, is the right time to dream on something more than a return to the status quo ante. We should be thinking about how to take our good Canada and make it better.

One way to do that would be to expand medicare. Expand it, and make it complete.

Canada’s system of “universal” health insurance covers 100 per cent of Canadians, but the universe of covered services is far from universal. It’s something that distinguishes Canada from most other developed countries, and not in a good way. Canadians have cradle-to-grave insurance for services from a doctor or hospital. But dentistry? Drugs? No. Denticare and pharmacare aren’t part of medicare.

When it comes to dental and drug insurance, or the lack thereof, Canada most resembles a certain country we should aim to distinguish ourselves from.

The success of Canadian medicare, and the reason to make it truly universal, is demonstrated by something that isn’t happening. Though millions of Canadians have lost their jobs, none of them has lost their health insurance. In the United States, in contrast, a surge in joblessness puts the insurance of tens of millions of Americans under threat. Most Americans are insured through their employers, so losing a job means having to find an alternative, or going without.

It’s a crazy system. Even before the pandemic, the Commonwealth Fund think tank estimated that, in 2018, 12 per cent of Americans aged 19 to 64 had no health insurance; 10 per cent were without insurance at some point during the year, and 23 per cent were underinsured.

The share of Canadians without health insurance is, of course, zero per cent – but not if the health service in question is dentistry or drugs. There, Canada doesn’t look like Canada. It looks like the U.S.

According to a Commonwealth Fund survey of 11 developed countries, 32 per cent of Americans say they “skipped dental care or a checkup because of cost in the last year.” That’s the highest level in the developed world. But Canada’s figure, at 28 per cent, is the second highest.

It’s a similar story when it comes to needed drugs. Thanks to medicare, the percentage of Canadians unable to afford a visit to a hospital or doctor is zero. But 30 per cent of Canadian doctors say their patients often have trouble paying for medications. (The U.S. figure: 60 per cent.)

Over the past couple of months, Canadians have been exposed to one of the yawning gaps in our health care system, namely long-term care. It is not the only one.

Getting to truly universal health insurance, covering all required health services, doesn’t necessarily mean doing it on medicare’s government-runs-it-all model. A number of countries with more extensive and successful health systems rely on a regulated private sector to ensure that everyone is covered.

Canada has the ability to offer better, broader and more certain health coverage for all. We’ll have more on how the provinces and Ottawa can co-operate to achieve, that next week.

Opinion
Let’s not forget that our medicare system was also born of war
November 12, 2018 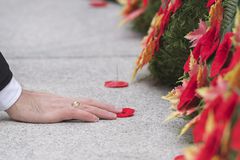