The Editorial Board
Published June 25, 2021 Updated June 25, 2021
Comments
Text Size
Please log in to listen to this story. Also available in French and Mandarin. Log In Create Free Account

Documents related to the removal of two scientists from the federal high-security virology lab in Winnipeg – documents the opposition wants released, and the Trudeau government wants to withhold – are what film and theatre buffs will recognize as the MacGuffin of our story.

A MacGuffin may be something important on its own, or it may not be. That’s not clear, and may never be. But either way it is driving the narrative, and laying bare bigger issues.

On June 2, the House of Commons ordered the Trudeau government to hand over unredacted documents related to those two scientists. The Trudeau government declined. So the House last week voted it in contempt of Parliament. Then, it ordered Public Health Agency of Canada president Iain Stewart to appear, with the records. He appeared, but without the documents, so Parliament found him in contempt.

And on Wednesday, it was revealed that the Trudeau government is suing Speaker Anthony Rota, asking a court to block his order for the production of the documents.

Politicians sniping at one another, and using whatever is at hand, is nothing new. But this is, at least in part, something different, and something more.

Canada has had elected assemblies since long before there was a Canada. Nova Scotia got its first elected assembly in 1758, more than a century before Confederation. Upper and Lower Canada, the future Ontario and Quebec, got theirs in 1791.

But the powers of those early parliaments were minimal. The government, in the form of a governor appointed by the Crown, didn’t answer to the elected body.

Early 19th century Canada did not have responsible government. Governments were responsible to the imperial government in London, or to themselves, but not to the parliaments of the people.

The fight to change that is one of the foundational acts of modern Canada. Like so many things about this country, it happened not through violent, American-style revolution, but through gradual evolution.

For more than a century and a half, a Canadian government has been a thing that rises up from the majority of the elected House of Commons. It’s the same in each province. To govern, it must have the confidence of the legislature. Its boss is Parliament.

That makes Canadian governments very different from an American administration. In the United States, the legislature and executive are independently elected, and almost entirely separate. U.S. President Joe Biden is not a member of Congress, nor is his cabinet. While his government often has to negotiate with Congress, it is not part of it and is not really answerable to it. In the case of conflict? Negotiate, or go to court, or live with gridlock.

That’s not how the Canadian system works. “Prime minister” is not the Canadian word for “president.” Justin Trudeau is, at least in theory, merely first among 338 MP equals.

Yes, in a majority government, that theory is entirely theoretical. Prime ministers and premiers of recent decades have governed majorities like presidents, or superpresidents, controlling both the executive and the legislative.

But in a minority situation, the theory acquires reality. A minority government governs at the pleasure of the House of Commons, which is neither subject to the government nor separate from it, but is supreme to it. The government cannot refuse its will.

If it does, we are into Donald Trump territory.

It may be that the Liberals are right, and handing over these documents, unredacted, would be bad national security. But don’t get distracted by the MacGuffin: The call isn’t the government’s to make. Not in the Canadian system of responsible (to Parliament) government.

Yes, Canada’s has a built-in safeguard against U.S.-style deadlock, or worse. Because a minority government is a creation of Parliament, Parliament can cause its fall, triggering an election. But to get its way, the majority of the House shouldn’t have to do that.

In suing the Speaker – a case involving a question of the supremacy of Parliament over its own affairs, which the courts should decline to hear – the Trudeau government appears to be mistaking itself for a U.S. presidential administration. That’s not how Canadian government works. 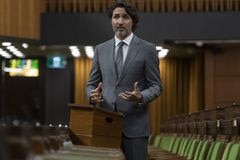 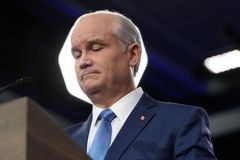