In Canada these days, people are losing sleep about their financial security, even as more of them than ever have jobs and their wages are rising. It’s a strange time to be alive.

After all, the Canadian economy is relatively strong. During the first half of this year alone, 217,000 permanent jobs were created. Unemployment, measured at 5.5 per cent in June, is historically low. Most impressive of all, average hourly wages increased 3.8 per cent in June from a year ago, the seventh consecutive month of wage growth, and ahead of inflation.

But at the same time, Canadians are worried they can’t make ends meet.

A poll commissioned by the Broadbent Institute in March asked respondents the straightforward question, “What’s the one issue most likely to keep you up at night these days?” The biggest unprompted answer, given by one in four people, was financial issues. By comparison, only one in 20 mentioned climate change (while a lucky one in 10 said “nothing").

In April, the CBC polled 4,500 Canadians and found that “the cost of living” was the biggest worry of 32 per cent of them, compared with 19 per cent who fretted most about climate change.

It’s easy to see why that might be. The biggest expense of all – housing – is through the roof in major cities. Too many people are seeing half their take-home pay go to mortgage costs, rent and utilities.

Food prices are on the rise, too. The annual inflation rate hit a seven-month high in May, mostly owing to rising grocery costs. Plus, people today have new expenses related to the digital age that didn’t exist a generation ago: smartphones, home internet and streaming services such as Spotify and Netflix.

Another factor is that 31 per cent of Canadians are now in “precarious work” – self-employment, temporary jobs and contract gigs.

And then there is the fact that Canadians have high levels of personal debt and low savings. Statistics Canada says household debt is growing more quickly than household income, while a poll done for Bank of Montreal in 2015 found that half of all Canadians had less than $10,000 put away for an emergency.

So, it makes sense that voters with no savings, increasing debt, high housing and food costs, precarious work and little disposable income would toss and turn at night.

And it also makes sense that the Trudeau Liberals and the Conservative Party under Andrew Scheer will promise them the political equivalent of a sleeping pill in the election campaign, the healthy state of the economy notwithstanding.

For the Liberals, the soporific will take the form of more tax money going into Canadians’ pockets, such as the new program to help people under a certain income come up with a down payment for a house.

For the Conservatives, it will amount to taking less money out of their pockets in the first place, by removing the GST from home-heating and energy bills and cancelling the federal carbon-pricing regime.

More promises will come as the campaign progresses over the summer. But voters ought to remember that, as pleasing as a red pill or a blue pill (or orange or green) might be in the moment, it won’t bring down the cost of living.

In fact, it might even do the opposite: The Liberal down-payment plan will likely raise house prices by encouraging more people to enter the market; the Conservative plan to kill the carbon tax and remove the GST from fuels will increase greenhouse gas emissions, which brings its own inevitable costs.

Cutting sales taxes or providing subsidies to help with Canadians’ cash flow, on the other hand, won’t solve the essential bind they are in. The issues are far more complex that a simple pill can fix. 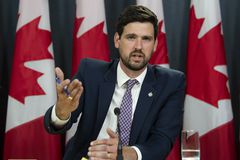 Opinion
Why unreliable voters are key to Trudeau’s re-election hopes, and understanding the campaign ahead
Subscriber content
July 5, 2019 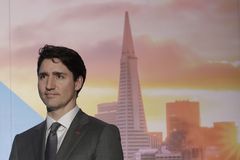