When you’re inquiring into a government scandal, it’s important to get straight what’s scandalous, or what might be, and what isn’t. You have to focus on what touches on the public interest, and what doesn’t.

It’s not a problem, or at least not one of concern to the Parliament of Canada, that the WE organization paid someone to appear at various events. It is a problem when the someone in question is Margaret Trudeau, the mother of Prime Minister Justin Trudeau.

Kielburgers, ex-chair Michelle Douglas speak on WE Charity affair: What you missed at Tuesday’s hearings

It’s not against the law for people related to public office holders to earn a living, but – and here’s where things get problematic – the organization paying Ms. Trudeau, and also paying the Prime Minister’s brother, and giving a platform as a spokesperson and podcast host to the PM’s spouse, Sophie Grégoire Trudeau, had financial relationships with Mr. Trudeau’s government. WE was also seeking, and earlier this year obtained, a considerably larger financial relationship, running the Canada Student Service Grant.

If a charitable organization has a complex org chart, an opaque corporate structure, and internal conflict between its board and its founders, that’s not normally an issue for Parliament. But it becomes an issue if the charitable organization in question was entrusted, under circumstances and for reasons that still need to be fully explained, with the administration of at least half-a-billion dollars of public money.

It’s not a problem if a charitable organization whose fundraising model is based on leveraging celebrity chooses to pay some speakers and not others. “Wow!” former NHLer and mental-health advocate Theo Fleury tweeted earlier this month. “I was asked to speak at a WE Day and they said we don’t pay our speakers.” WE’s founders, Craig and Marc Kielburger, were free to decide which celebrities they believed could deliver the most bang for WE’s bucks.

But it is problematic that, as WE sought and received benefits from the Trudeau government, it had provided financial benefits to the PM’s mother and brother, by putting them on its short list of paid speakers. That these intersecting relationships developed, and went undisclosed by the PM, is the definition of conflict of interest.

It’s not a problem for a private citizen to travel overseas to visit the operations of a Canadian charity. Nor would it be a problem for a private citizen to accept the organization’s hospitality, such as free transportation or lodging. But it’s a very different story when the person accepting the free trip is the Minister of Finance. Bill Morneau, saying he thought he had paid in full for two trips in 2017, last week wrote a $41,000 cheque to WE.

The actions of both Mr. Trudeau and Mr. Morneau appear to be clear breaches of conflict-of-interest rules. Both have effectively acknowledged as much.

All else equal, there’s nothing wrong with a charity, or any organization, seeking a government contract, or offering services in return for taxpayer money. There’s nothing illegal about meeting with ministers or bureaucrats, or exchanging e-mails or phone calls, or sending them proposals. But in most instances, when an organization lobbies government for a benefit, it must register as a lobbyist. All must be documented. As the exasperated New Democratic MP Charlie Angus pointed out on Tuesday, the whole reason for a lobbyist registry is transparency – so there’s a public record of who has tried to influence the keepers of the public purse.

Yet the Kielburger brothers and WE, despite having won government money before, and despite extensive communications and meetings leading to the creation of the CSSG, never registered as lobbyists.

The Kielburgers were in front of a House of Commons committee for four hours on Tuesday. They kept stressing what a long time it was, but given that almost half the questioners – the Liberal members – were there to throw softballs, and opposition MPs had their time carved up into chunks of five minutes or less (which they often wasted), the time flew by. There’s still much unanswered about how the CSSG came to be. On Tuesday, a few things were learned that weren’t known before – but only a few. This was no courtroom cross-examination.

No wonder the PM has agreed to appear before the committee on Thursday. 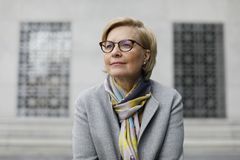 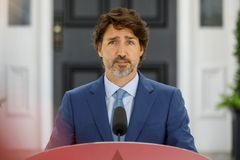 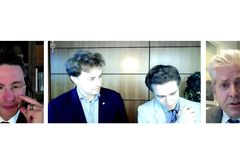