Since his election as Ontario Premier in 2018, Doug Ford has been available in two versions.

There’s the empathetic, uniting leader who works across political boundaries. He first appeared during the COVID-19 pandemic.

And there’s the original Doug Ford – the angry partisan who sows divisions and does favours for friends.

You may recall version 1.0 from such moves as Mr. Ford’s attempt to name an underqualified old crony, Ron Taverner, as commissioner of the Ontario Provincial Police in 2018. It reeked so badly of conflict of interest that Mr. Taverner ultimately withdrew his name from consideration.

Doug Ford v. 1.0 was also infamous for unilaterally cutting the size of Toronto City Council from 44 members to 25 in 2018, in the middle of a municipal election. There was no justification for it, but Mr. Ford rammed it through for nakedly partisan reasons.

It was thus a pleasant surprise to see the Premier reboot himself as a less demagogic, more empathetic leader when the pandemic struck.

During the crisis, Doug Ford v. 2.0 has shown an openness to working with the federal Liberal government of Justin Trudeau, and an understanding of the difficulties facing Ontarians. He has spent months praising traditional targets. His government’s actual results leave much to be desired, but his work ethic and lack of partisanship have won him the respect of former critics.

And then last week he reverted to prepandemic form, slipping two self-serving measures into omnibus legislation meant to help businesses get through the pandemic.

One measure was a ban on municipalities using ranked ballots in elections, removing an option given to them in 2016 by the former Liberal government.

To date, only London, Ont., has adopted the system, and its first elections, in 2018, went smoothly. Municipalities should be allowed to experiment with electoral reform. It’s also notable that ranked balloting is used in most Canadian political party leadership races – including the one that chose Mr. Ford as Ontario PC leader in 2018.

But Mr. Ford has now removed that option from cities and towns. His justification – that a public-health crisis is not the time to consider new voting systems – is baseless. He’s clearly worried that if Toronto adopts ranked ballots, the province’s largest city might end up with a more left-leaning council. His move looks like a sequel to his redrawing of Toronto’s electoral map.

His other self-serving measure was to include a school run by a political ally among three Christian schools that are either being given university status or having their right to hand out degrees expanded.

Canada Christian College and School of Graduate Theological Studies in Whitby, Ont., is run by Charles McVety – a polarizing figure who opposes gay marriage and espouses hateful views about LGBTQ people, Islam and other targets.

Mr. McVety also happened to back Mr. Ford during the election, helping him win the support of evangelical voters. And now the Ford government is set to gift him with the right to grant bachelor of arts and science degrees – even though the independent review board examining that idea has yet to deliver its verdict.

Governments should not be playing political games during this crisis. They should be protecting people and safely reopening the economy, and nothing more.

How’s the Ford government doing on that score? Ontario reported more than 2,000 new COVID-19 cases over the weekend, and the single highest increase ever on Sunday: 1,042. Cases in long-term-care homes are also rising.

For all the improvements in Doug Ford v. 2.0, his government lost control of the second pandemic wave by failing to set up adequate testing and tracing, and by being slow off the mark in imposing targeted closings and physical-distancing measures in the weeks before Thanksgiving.

And yet he’s still found time to return to his old partisan agenda, and to deliver gifts to his friends. The Premier needs another upgrade. 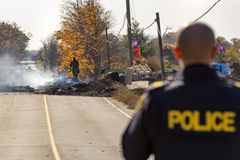 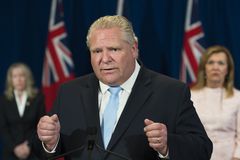 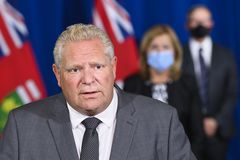