Last week, a court sided with green activists and Indigenous groups and against a major pipeline when it ruled the environmental-impact statement approved by a regional regulator was inadequate.

It sounds like yet another failed Canadian attempt to get a pipeline built. But this all happened in Minnesota, where Calgary’s Enbridge is trying to get approval for a $9-billion upgrade to its old Line 3. The project would double capacity from Alberta to Wisconsin – running through Minnesota.

Meanwhile, construction on the Canadian section is close to complete, after the Trudeau government approved the project in 2016.

Pipeline backers in Canada like to paint the Liberals as hostile to their business. This is despite the fact the federal government bought the struggling Trans Mountain expansion project last year, and is expected to approve its construction shortly; and also despite the fact that, in the United States, getting pipelines built is no cinch either. Line 3 is one example; consider also the extended saga of Keystone XL, a line to connect Alberta with Nebraska to get more oil-sands crude to refineries in Texas. Keystone XL has President Donald Trump’s backing but it, too, remains stuck in the courts.

In Canada, the latest and gravest threat to pipelines – in the minds of the oil industry and conservative premiers – is Bill C-69. The bill is in its final stages and, if passed, critics claim it will ensure no pipeline is ever built in Canada again.

Bill C-69 establishes a new adjudicator, the Impact Assessment Agency. It would more broadly consider proposed projects such as pipelines, mines and electrical transmission lines than its predecessor, the Canadian Environmental Assessment Agency.

The Senate, after closely reviewing the bill, produced several hundred amendments – the most in decades. C-69 is now back in the House of Commons. The Liberal government rejected many amendments offered up by Conservative senators – much of the wording for those came directly from industry groups – but it also accepted an array of other amendments.

The bill has never been perfect. It attempts to do many things, including making more room for climate change and the rights of Indigenous people. The first listed purpose in the bill is “to foster sustainability.” It is no surprise that industry and provinces like Alberta are adverse to this review regime, compared with the one drawn up under former prime minister Stephen Harper. But public distrust of that process – the measures were passed in Mr. Harper’s 2012 omnibus budget bill – led the Liberals to promise an overhaul during the 2015 election. Bill C-69 is the result.

The Liberals have shown a willingness to improve the bill. It remains imperfect, but it is not the death blow predicted by pipeline advocates. The mining industry is a supporter, and mining accounts for more than half of project reviews.

Among the amendments accepted by the Liberal government are measures limiting political interference in reviews; giving the review agency power to manage public participation so strict deadlines are met; and underlining the goal of economic development alongside sustainability.

Among the amendments rejected was a Conservative attempt to limit the input of Indigenous people.

On the economic front, newly inserted wording from the Senate and tweaked by the Liberals will be the bill’s third stated purpose: a “fair, predictable and efficient process” to stoke “sustainable economic development.”

Premiers led by Jason Kenney in Alberta are angry. In a letter to Mr. Trudeau this week, they invoked a fraying of national unity. But is national unity at stake when Alberta doesn’t get exactly what it wants?

In heeding dozens of amendments from the Senate, the Liberal government has addressed some central concerns. Importantly, well-defined timelines – shorter than what currently exist – are in place for future reviews. When the original Trans Mountain was approved by a Liberal government in 1951, the regulatory hearings took only several days. Bill C-69 is a solid attempt at addressing the many complexities of building industrial projects in the 21st century.

Globe editorial: Fixing the pipeline bill while it’s still in the pipeline
March 11, 2019 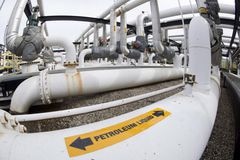 Globe editorial: Bill C-69 kills the National Energy Board but keeps all the problems
September 26, 2018 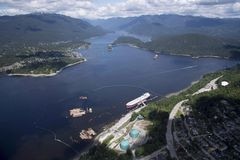