The continuing political focus on reducing gun and gang violence in Canada is, at least statistically speaking, a fight to reduce the frequency of offences that already represent only the tiniest fraction of the crimes committed in this country. Any broad claim that our streets are unsafe isn’t supported by the facts.

In 2018, there were 651 homicides in Canada, representing less than 0.2 per cent of all violent crimes. Of those homicides, 259, or about 40 per cent, involved a firearm, and one in 10 was gang-related. Both numbers represented a decrease from the previous year.

Even the number of crimes in which a firearm is present is low. Of the roughly 2.1 million police-reported crimes of all types in Canada in 2018, the perpetrators were packing heat in only 7,477 of them (or about 3 per cent of all violent crime).

It’s also worth remembering that the crime rate in Canada is lower now than it was in 1980. The country is less dangerous on that score. And yet governments of all political stripes are talking up the threat of gun and gang violence.

Ottawa is in the midst of spending $327-million over five years “to reduce gun crime and criminal gang activities.” The Liberal government also plans to ban some semi-automatic rifles, and to work with provinces to implement a partial ban on handguns in urban areas.

This week, Public Safety Minister Bill Blair said forthcoming gun-control legislation will include “red flag” provisions that allow courts to order the removal of firearms from legal owners deemed to be at risk to themselves or others.

In Ontario, Premier Doug Ford last month made a dramatic show of announcing new funding for police in Peel Region to fight gun and gang violence.

The push by politicians to show toughness is a response to two different things: a series of deadly mass shootings; and localized spikes in deadly urban gang violence.

Both have unsettled the public. Murder rates “are considered benchmarks for levels of violent activity both in Canada and internationally," as Statistics Canada put it. And in this country of late, the killings have come in bunches.

In Toronto in 2005, the so-called “year of the gun," the number of gun homicides in the city doubled from the year before. Many shootings were gang-related, but some of the victims were random innocents caught in the crossfire.

A second wave of equally deadly gun violence in 2007 prompted a provincial inquiry into the roots of youth violence and crime.

Since then, gun violence and gang-related shootings have dropped across the country, but have continued to rise in Toronto. In 2019, the city saw 490 shootings, in which 248 people were injured and 44 died. That broke the previous record of 428 shootings, set just the year before.

The country has also suffered through horrific mass shootings, including (but not limited to) the Quebec City mosque massacre in 2017 that killed six people, the rampage in Fredericton that killed four people, including two police officers, in 2018, and the attack on bystanders on Danforth Avenue in Toronto 2018 that killed three.

Hence the current tensions in Canada. The unsettling rise in gang violence and shootings in (mostly) Toronto, combined with a series of unrelated mass killings, has left the public jittery and governments desperate for politically palatable solutions.

But other than the welcome possibility of partial firearm bans, which could help reduce mass shootings and gun suicides, we have yet to see or hear anything that addresses the complex issue of urban gang violence.

History has taught us that this is not just a policing issue, or just a gun issue, or just a crime issue. It’s all of these, and a lot more. It’s not something that can be fixed by spending more money on a narrow set of priorities, or by talking tough at a news conference.

The fact is, some racialized communities in our cities have been living with deadly gun violence for years. They need long-term, considered help, not grandiose political posturing designed to appease a broader public that only intermittently becomes aware of the painful reality they live with on a daily basis.

We’ll have more on this next week. 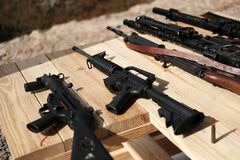 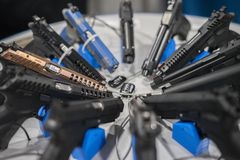 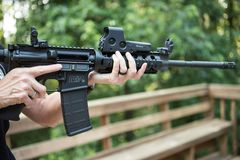