The Editorial Board
Published April 11, 2021 Updated April 11, 2021
Comments
Text Size
Please log in to listen to this story. Also available in French and Mandarin. Log In Create Free Account

Since last fall, Ottawa has spent more than $400-million on a program to support self-employed people, and workers whose employers don’t offer paid sick leave, when they need to take time off for reasons related to COVID-19.

The Canada Recovery Sickness Benefit provides income support for workers who have to self-isolate because they’re sick, or have tested positive for the virus, or have been in contact with someone who has tested positive.

Good idea in theory; a total bust in practice. Federal data show that the $400-million paid out between Sept. 27 of last year and March 28 of this year is just a small fraction of the $2.6-billion Ottawa budgeted for the CRSB for that period.

Critics say the amount offered – $500 a week before taxes, for a net amount of $450 – is too small in a country where four out of five workers earn more than that.

The program also requires workers to apply for a reimbursement retroactively, after they’ve taken time off, and then wait for the money to arrive.

And workers were originally only eligible for a maximum of two weeks worth of benefits, and had to apply for each week separately. Ottawa recently increased the maximum to four weeks, but applications must still be made only one week at a time.

This program was as badly needed as it has been poorly executed. The result has been a real public health tragedy.

The paltry uptake of the CRSB means that many essential workers who are infected or suspect they might be sick are going to their jobs when they shouldn’t, rather than staying home when they should.

That was a less noticeable problem last fall, when the most pressing issue in the pandemic was the high death count in long-term care homes.

Since then, vaccines have arrived; they were targeted from the start at LTC residents and staff, and the LTC crisis passed.

In its place is a whole new crisis: a third wave of the pandemic powered in many areas by outbreaks in essential workplaces.

Only Quebec and Prince Edward Island have government-mandated paid sick days for employees. In much of Canada, workers whose benefits don’t include company sick leave – and that applies to a lot of low-wage essential workers – either have to forego pay, use vacation time, or stay home and make up lost income by applying for the CRSB.

But that last option is not being used enough. Even as case counts were rising in March, the total number of new applications for the CRSB has dropped below 10,000 per week.

This despite the fact that in places such as Toronto and Peel Region, outbreaks have spiked in warehouses, factories, food-processing plants and construction sites, and in the neighbourhoods where their workers live.

Several provinces are responding by redirecting more vaccines to essential workers and the hardest-hit neighbourhoods. That’s the right move.

But to get the virus under control, it’s just as important that essential workers who are infectious, or have come into contact with someone who is, or who suspect they may be sick, be able to afford to stay home or take a day off to get tested and await the results.

And the CRSB is not doing the trick.

It’s not too late to fix its problems. One obvious reform would be to increase the amount offered to each applicant, or increase it in line with a person’s actual income.

Better yet, instead of requiring individual workers to figure out how to apply to Ottawa for reimbursement, Ottawa should do as it’s done with its pandemic wage-subsidy program. There, employers who have seen a drop in revenues continue to pay workers, and it’s up to them to apply for a reimbursement from the federal government. Workers get the benefits, with zero bureaucratic hassle or complexity.

Far more people who ought to self-isolate would do so if they could be certain that their employer would pay them, directly, for missed shifts. And employers not currently offering sick pay would make it available for the remainder of the emergency, if they knew government was footing the bill.

Essential workers continue to make it possible for millions of other Canadians to stay home. They’re the ones bearing the brunt of the pandemic, and they deserve better than a sick-leave program that too many find isn’t even worth applying for. 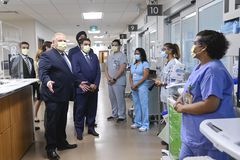 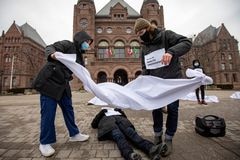 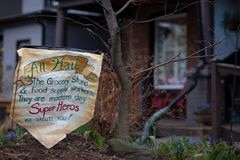