China’s ambassador to Canada, Lu Shaye, delivered a speech in Toronto last week that was basically a harangue targeting his Western audience.

Speaking at a seminar on China-Canada relations, he said that countries like Canada have a “psychological imbalance towards China’s economic and technological development” caused by “West-egotism.”

He said Western countries “condescend” to China and see it as an “abnormal country” because it hasn’t evolved into a liberal democracy, something Westerners “arrogantly” consider to be “the peak of perfection.”

Mr. Lu also said Canada’s relations with China are at “rock bottom” because of the arrest last year in Vancouver of Meng Wanzhou, the chief financial officer of Huawei Technologies, after an extradition request from the United States.

Beijing retaliated by arresting two Canadians in China on absurd charges of violating state security, and by sentencing to death two other Canadians serving prison sentences in Chinese jails. The regime also banned imports of canola and other Canadian farm products.

Mr. Lu had yet another beef: the unwelcome concerns raised by Canada and other countries about the arrest of hundreds of thousands, if not millions, of Muslim Uyghurs in Xinjiang province, and their placement in prison camps.

While human-rights organizations say torture and unexplained deaths occur in the camps, Mr. Lu said the camps are in fact meant to "help people who have been ‘brainwashed’ by the extremist thoughts of violence and terrorism to get rid of those thoughts and learn work and living skills.”

The ambassador made it clear that China doesn’t want to hear “distorted” complaints about its treatment of its Muslim citizens, is tired of calls by Canada’s allies to blacklist Huawei because of its connection to the Chinese government, and finds accusations that Chinese law forces foreign companies to turn over their technology to be “based on lies and bias.”

It was a speech that defied convention. Questioning the psychological balance of your hosts, calling them arrogant, mocking their belief in human dignity and outright lying to their faces is not what we normally associate with diplomacy.

The same goes for Mr. Lu’s contention that all any country has to do to have good relations with China is keep its mouth shut. Give Beijing what it demands, he said, or “end up with nothing.”

This kind of belligerence is a hallmark of the regime of President Xi Jinping. But Canadians and their government would do well to acknowledge that, as exasperating as it was, there was an element of truth to the ambassador’s harangue.

China’s human-rights abuses, and its willingness to flex its economic muscle, have been well known for years. And yet Canadian governments and companies have long sought to do business with the country, and take advantage of its rapidly expanding economy and its massive low-cost work force.

For example, it recently came to light that the Canada Pension Plan Investment Board, along with its provincial counterparts in British Columbia and Quebec, have invested in Chinese companies that make surveillance technology used to monitor and control Muslim Uyghurs.

The CPPIB says it will take a look at its investments, but it also plans to continue putting more money into the growing Chinese market, as part of a diversification strategy.

Because China is so big, and so potentially lucrative, Canadian businesses and governments have long tried to pretend that it is like any other trading partner.

But it has become impossible to ignore the human-rights catastrophe in Xinjiang, the unjust treatment of two innocent Canadians or China’s behaviour on trade and intellectual property.

A smaller country like Canada has to stick to its values and principles if it wants to be respected in the world. Those values include speaking up when people are maltreated by their government, or when trading partners violate the rules. Ottawa can’t just cave in to Beijing’s threats.

By its cruel actions in Xinjiang province and its blatantly political arrest of Michael Spavor and Michael Kovrig, China has done what Mr. Lu warned Canada not to do: aggravate differences to the breaking point. The ambassador and the Communist Party he represents might want to listen to their own speeches. 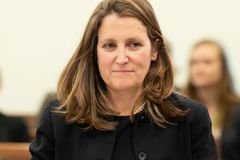 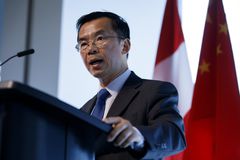 Opinion
The Canada-China crisis is a game of chess, and Ottawa needs to stop playing it with checker pieces
May 24, 2019 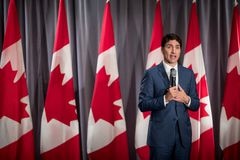