Now that the Trudeau government has kindly allowed Parliament to resume its business, among the more pressing pieces of legislation facing our elected representatives will be one they’re already familiar with: Bill C-7.

Ottawa’s latest attempt at getting its law on medical assistance in dying (MAID) to jibe with court rulings was first introduced in late February. But between Parliament’s COVID-related adjournment over the spring and summer, and the Liberals’ politically motivated prorogation in August, the bill has not been given much attention.

The government has now reintroduced the bill, under the same number. Based on what has been tabled, Ottawa is headed for another showdown with the courts.

The issue from the start has been the government’s position that there must be safeguards in a law that allows state-funded medical personnel to end someone’s life – a position this page fully supports.

The Supreme Court of Canada ruled in 2015 that physician-assisted death must be available to an “adult person who (1) clearly consents to the termination of life; and (2) has a grievous and irremediable medical condition … that causes enduring suffering that is intolerable to the individual in the circumstances of his or her condition.”

The first Trudeau government responded in 2016 with legislation that added another condition to those laid out by the court: that a person’s natural death had to be “reasonably foreseeable."

That meant that it wasn’t enough to be, as the court had ruled, an adult in Canada suffering intolerably from an irremediable medical condition who consents to an assisted death in order to be granted one.

Instead, a person had to also be within sight of a natural death because of their advanced age, or because their chances of surviving their disease for more than a few years was nil.

Many observers predicted the “reasonably foreseeable” clause went too far, and they were right. A Quebec court struck it down as unconstitutional in September, 2019, leading to the attempted remedy of Bill C-7.

It may thus come as a shock that the government has not removed the “reasonably foreseeable" language from its proposed amendments. In fact, it has doubled down on it.

Under C-7, people whose natural deaths are reasonably foreseeable will have a slightly easier path to an assisted death than before, in that there will no longer be a required 10-day “reflection period” between the time a person consents to MAID and receives it.

As well, they will be able to waive the requirement for final consent on the day of their death if they meet certain conditions – a form of advance request.

But people whose deaths are not reasonably foreseeable will face a series hurdles before getting access to what the Supreme Court has deemed a constitutional right.

These hurdles include living through a minimum 90-day assessment period, during which their request for MAID must be independently assessed by a doctor that specializes in the medical condition that is causing their suffering. Another hurdle is the requirement that they and their medical practitioners “have discussed reasonable and available means to relieve the person’s suffering,” which include “counselling services, mental health and disability support services, community services, and palliative care.”

As well, they won’t be able to waive their final consent.

It will be interesting to see, if Bill C-7 passes as is, whether the courts are willing to allow the government to enforce a two-tier system for MAID.

Some people, based on their age or their medical condition, will be eligible with fewer restrictions and in shorter order, while others suffering in a similar fashion – and whom the courts have ruled are equally eligible for MAID – will have to wait months and go through what could be a gruelling series of assessments.

This will no doubt be controversial – as will the amendment in Bill C-7 that explicitly denies MAID to anyone suffering solely from a mental illness.

The government is not wrong to insist on imposing safeguards to prevent abuses of the law, and to protect people from making hasty and irreversible decisions.

It would be better, though, to offer a solution that doesn’t ride on a criterion that the courts have already rejected. 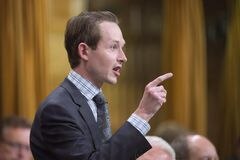 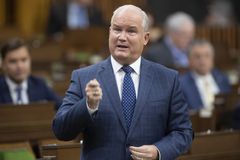 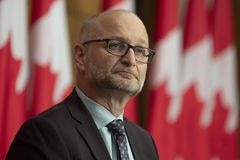