Russia’s interference in the U.S. presidential election that brought Donald Trump to power was never exactly hidden from view.

A month before the 2016 vote, the Obama administration accused the Russian government of Vladimir Putin of stealing e-mails from the Democratic National Committee and making them public through WikiLeaks and two websites associated with Russian intelligence services.

Less than a year-and-a-half later, the U.S. Department of Justice accused the Internet Research Agency, a troll farm in Saint Petersburg operated by allies of Mr. Putin, of spreading misinformation through social media designed to interfere with the U.S. election. The DOJ indicted 13 Russians, including Yevgeny Prigozhin, an oligarch tied closely to Mr. Putin, on fraud and related charges.

The fact that it was easy to trace the stolen e-mails to Russian intelligence, and then uncover the breadth of Russian efforts on Facebook and other social media to promote the campaign of Mr. Trump and harm that of his opponent, Hillary Clinton, spoke to a certain audacity on Mr. Putin’s part.

But if the world hoped that the indictments of 13 Russians, along with the financial sanctions imposed on them by the United States, would discourage Mr. Putin, that hasn’t turned out to be the case.

According to a New York Times investigation published this week, Russian political operatives openly manipulated a general election in the tiny island country of Madagascar in December, 2018, barely 10 months after the 13 indictments came down.

Madagascar, off the southeast coast of Africa, is not a strategic prize. But it does have a valuable chromium mine, one that the indicted oligarch and Putin ally, Mr. Prigozhin, has a majority stake in through a third company. It now appears that the Russian interference was designed to elect a president favourable to Mr. Prigozhin’s ownership of a resource that people in Madagascar protested should stay in local hands.

As many as 30 Russians, operating openly in Madagascar, paid bribes, spread misinformation and propped up spoiler candidates in the election. Things didn’t go as planned with their preferred candidate, so the Russians switched allegiance mid-election and put their support behind another man. In the end, Madagascar elected a president who subsequently allowed Mr. Prigozhin’s company to maintain ownership of the mine.

Russia’s Madagascar caper is eerily similar to the granddaddy of modern election meddling: the CIA-led coup in Iran in 1953 that overthrew a popular nationalist leader in order to protect British oil interests in that country.

Both were blatant violations of the sovereignty of foreign countries by more powerful countries seeking to promote the financial interests of their friends and allies. After 1953, the CIA went on to support coups in other countries, notably in South and Central America, often under the guise of fighting the spread of Soviet Union influence during the Cold War.

And now post-Soviet Moscow appears to have become the leading practitioner of this black art. This week, Ms. Clinton – the target of Russian dirty work in the U.S. election – urged British Prime Minister Boris Johnson to release a Parliamentary report on Russian interference in the 2016 Brexit referendum and 2017 general election.

Mr. Johnson, who is pro-Brexit, has refused to do so until after the general election in December.

This is the most shocking thing about Russia’s open attacks on foreign votes: that some Western leaders, on one side of the political spectrum, are willing to play it down.

Mr. Johnson should release the report, but it suits him not to. And Mr. Trump still refuses to condemn Russian interference in the 2016 election in a meaningful way.

It’s one thing for Mr. Putin to use his political assets to interfere in foreign elections. It is another altogether for there to be an under-reaction on the part of two Western leaders who appear to gain from playing down the meddling.

Small countries such as Madagascar don’t have a chance against Moscow. Mid-sized ones such as Canada can preserve the integrity of their elections, but doing so requires more and more money and vigilance.

What the world needs is the two most important Western democracies, the United States and Britain, to demonstrate that foreign election manipulation will be called out and stopped, no matter where it occurs – or who it benefits.

Online hate is a real threat. But so is government censorship
May 23, 2019 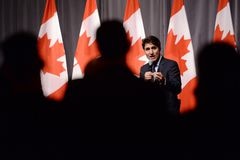 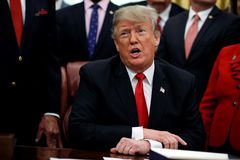