Canadian history is too thin.

We don’t mean that nothing much of consequence has happened here – no, rather a lot has happened, and much of it is unique, surprising and highly instructive. But while our past is rich, our sense of our history, which abounds in nuances and contradictions and compromises and (yes) triumphs, is not.

So much of the many Canadas that came before ours has been forgotten, often purposefully, and so much has been buried under a torrent of American history. The latter can leave Canadians with the mistaken impression that our past must be just a shadow of theirs, such that “engaging critically” with it must mean little more than following America’s lead.

Which brings us to Sir John A. Macdonald. In 2020, is it acceptable to have a statue commemorating the chief Father of Confederation and prime architect of the country? Must it be removed? Surrounded by trigger warnings? And who gets to decide?

That last question is the easiest one, so we’ll start there. This is a country of laws – there’s that bit about peace, order and good government in those constitutional blueprints Macdonald helped draft – which means that individual citizens don’t have a right to remodel public spaces by force, no matter how intensely they may personally dislike what’s in them. Change is possible, and Canadian history has been a constant process of changing attitudes, but it has to happen through legal and democratic mechanisms.

That way of making change, through evolution not revolution, is the Canadian way. It is our great collective accomplishment. And it works. Among the proofs for that proposition is the fact that the Canada we live in today still operates in part according to a Constitution Macdonald helped to write, even though this place has become profoundly different – culturally, religiously, economically, racially – from the country Macdonald helped to found.

Progress paired with stability is a great legacy. In the years prior to 1867, there was too little of either; in the last century and a half, there has been a lot of both.

Canada is a country, not a religion, which means that nobody has to pay homage to the ancestors. And Macdonald was a politician, not a saint. In his attitudes and beliefs, he was very much a man of his time. And many of his time’s attitudes and beliefs are thankfully not shared by our age (that’s the definition of progress, no?) – just as many of today’s most widely shared beliefs and assumptions may one day appear retrograde and incomprehensible to future generations.

No good can come from whitewashing history, or burying wrongs done. But Macdonald, flawed though he was, laid the foundation for something that is fundamental to our lives, namely this country itself. It’s an accomplishment so big that it tends to get overlooked. That is why a debate over a Macdonald statue should be very different from the American debate over statues of the leaders of the Confederacy.

Take Jefferson Davis, President of the Confederate States. His signal political accomplishment was breaking apart the United States of America, and waging a civil war so as to allow his constituents to continue to practise human slavery. Americans should want to take down monuments to a movement that violently revolted against America’s best ideals. That’s Jefferson Davis’s legacy.

Macdonald’s legacy is Canada. Among other things, he helped to create a basis for English-French and Catholic-Protestant co-existence. That was for a long time this country’s intractable racial conflict. Calling it a “racial” conflict sounds bizarre to modern ears, but perhaps that’s a testament to how successfully it was managed and overcome.

On the whole, it seems wiser to add to Canadian history than to get into arguments over how to subtract from it. That doesn’t mean we can’t ever take down a statue or change the name of a building. But adding to history is always possible, because Canada never stops growing. It never stops offering opportunities for new monuments, new symbols and new names, without necessarily having to bury the old.

Year after year, this country is creating new institutions and building new buildings; year after year, Canada’s cities grow bigger, laying out new neighbourhoods and new streets. All of these new things need names – memorializing our present into a future that will one day be, for those who come after us, a questioned past. 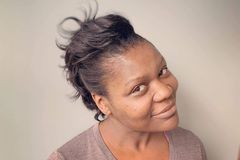 Sept. 2: ‘Without Sir John A. Macdonald, we would not have our wonderful country called Canada.’ Readers debate the first prime minister’s shortcomings, plus other letters to the editor
September 2, 2020 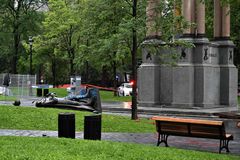 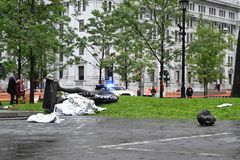