Having trouble absorbing the firehose of news aimed at your head every day? Confused by so many competing claims on the truth? Upset at the decline in civility in society?

Take a number and get in line. We’re right there with you.

Six days a week, whether you want us to or not, we publish opinions about the nation’s ills, and offer modest prescriptions for remedying them. It’s a privilege, but at times, it’s also somewhat overwhelming to sort through all the news and views out there and try to reach at a conclusion that merits a public airing.

More news is better than less news, of course. But arriving at an opinion about it all can be difficult. Having completed the requisite 10,000 hours to qualify as expert tradespeople, we can share with readers a few helpful rules for managing the 21st-century news glut, and our era’s oversupply of non-stop, high-decibel outrage.

Rule No. 1: You don’t need to have an opinion about everything. Shocking but true. People will want you to, of course. Our polarized world puts tremendous pressure on us to take a side, and then to dig in. There’s an implicit threat of consequences for failing to do so, such as being accused of sympathizing with those people on the other side – the evil and wrong side – simply for failing to back the good and right one with sufficient enthusiasm.

But don’t give in to that. It’s perfectly fair to say, “I don’t know enough to have an opinion on that," or, “I will leave that to others to debate,” or even, “Both sides have some good points.” You might not please everyone, but see Rule No. 2.

Rule No. 2: You can’t please everyone. Get over it.

Rule No. 3: Embrace ambivalence. Ambivalence is often misinterpreted as indifference, or derided as indecision. In fact, the ability to entertain contradictory but animating ideas goes to the heart of what it means to be a mature and civilized human being. It’s also central to preserving political freedom.

The most dangerous person in a democracy is the blind partisan who outsources her opinions to politicians or an ideology, and who sees those who don’t agree as enemies to be righteously chased from town by a torch-wielding mob.

The biggest threat to such black-and-white partisanship is the person who keeps her mind open, is not blindly loyal to any one team and sees people with different opinions not as monsters to be slain but as human beings to be understood, especially when you disagree with them, and they disagree with you.

Rule No. 4: When you take a stand, be forceful. While the process of reaching a conclusion should involve a lot of “on the one hand” and “on the other,” at some point you have to make a choice.

In a criminal trial, the decision to convict an accused person can only be taken if the evidence is persuasive beyond a reasonable doubt – in other words, if the evidence is irrefutable and the conclusion is certain. But in politics, business and life, most decisions must be taken under conditions that cannot meet that exacting standard. Reasonable doubts are reasonable. Only the extreme partisan is without them.

Rule No. 5: Set your bottom line. How far are you willing to let another person go before you feel obliged to offer a counteropinion? Not every take you hear deserves the energy required to argue against it. Sometimes, you have to just let people say things you don’t agree with. You might learn something.

And remember, just as there is no obligation to have an opinion on every subject, there is also no rule that says you must express your opinion every time the chance presents itself.

But when someone or something does cross a line, sometimes you can’t hold back. It may be as lofty as a matter of justice, or a simple as a question of common sense, but there comes a moment when your opinion will matter.

Which brings us to Rule No. 6: Opinions are not the same thing as empathy. Empathy is what makes it possible for people who disagree to live together in peace and harmony – to agreeably disagree. And in a multicultural, multireligious, multiracial, multiparty democracy, people are going to disagree about all sorts of things, all the time.

The world has enough opinions. What it really needs is more empathy. Without it, life isn’t possible.

Opinion
Fake news is bad for Canadians and Google alike – and here’s how we’ll fight it
May 2, 2019

Opinion
When people are properly informed, fake news doesn’t stand a chance
May 3, 2019 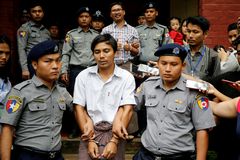 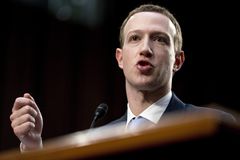