Four years ago, the Liberal government of Kathleen Wynne kept a promise to expand beer sales into Ontario grocery stores, but in doing so she signed a sweetheart deal with the devil, a.k.a. Brewer’s Retail Inc., a.k.a. the Beer Store.

The Wynne government hailed its “master framework agreement” as a breakthrough for consumers, but in fact all it did was lock them into another decade of retail servitude to a foreign-owned corporation.

The Beer Store’s monopoly on wholesale and retail beer sales is enshrined in the province’s Liquor Control Act. Its shareholders are Anheuser-Busch InBev, headquartered in Belgium, Molson Coors, headquartered in Denver, Colo., and Sapporo of Tokyo.

Under the Wynne deal, the Beer Store saw its monopoly protected until 2025 in exchange for allowing sales of single cans and six-packs in a maximum of 450 grocery stores, at prices set by it, and only during the same operating hours as its own retail outlets. If you wanted to buy a case of 24, you still had to find a Beer Store outlet.

It was a dumb deal. What the Wynne government, or one of its predecessors of any stripe, should have done was phase out the Beer Store’s sweetheart status and move to an open market. If they had, there might be beer for sale today not only in a few hundred Ontario grocery stores, but also in convenience stores.

Which brings us to Doug Ford, Premier of Ontario. His Progressive Conservative government this week passed a bill immediately terminating the master framework agreement, putting taxpayers at great risk of paying some kind of penalty, or at the very least some big legal bills.

Mr. Ford’s stated goal for this heavy-handed deal-busting is to get beer in convenience stores by the end of the year. But in doing so, he and his government are being less than honest about how that might come about.

On Thursday, the day the bill killing the master framework agreement was passed, Vic Fedeli, Minister of Finance, announced the province “is allowing 87 more grocery stores across the province to sell wine, beer and cider, bringing the total number of grocery store authorizations to 450.”

Sharp-eyed readers will notice that the increase in “grocery store authorizations” to 450 falls under the terms of the Wynne agreement. The new sales points promised this summer appear to be the work of the previous government, even if the Ford government is taking credit for them.

But the Ford government killed the Wynne deal, so why does it appear to be sticking to its terms for the moment? Why not 600 grocery stores? Why not 1,000?

The answer may be that the Ford government knows it will have to deal with the Beer Store if it wants to quickly roll out beer sales in convenience stores. The company controls wholesale beer sales in the province, and its distribution system is highly efficient. If there is to be beer in corner stores in short order, it will be difficult to pull off without the help of the company with all the trucks.

The Beer Store has been protesting vociferously against the Ford government’s early termination of the master framework agreement, but on Thursday it cautiously suggested “there is a mutually acceptable path to significantly accelerating the introduction of new retail locations for beer in Ontario while minimizing consumer beer-price increases, minimizing incremental beer industry costs, and retaining as much government tax revenue as possible.”

The Beer Store also said that this path might “avoid a protracted legal battle.” In other words, let’s talk.

It is telling that, even as Mr. Ford railed against the “three global giants who were handed a sweetheart deal," he never suggested amending the Ontario Liquor Control Act to allow in other retailers.

In short, the outcome of this entire exercise may well be to expand retail beer sales to convenience stores while largely preserving the Beer Store’s monopoly. Mr. Ford’s government may well be giving itself the opportunity to negotiate a new master framework agreement with the Beer Store.

Which means that, in a year from now, as an Ontario beer lover walks out the front door of a corner store with a case of suds, the good old Beer Store truck will likely be at the back door delivering fresh ones. Still, if the Ford government can improve the previous administration’s bad beer deal, most Ontarians will toast to that. 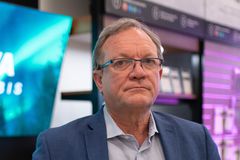