Never was so much owed by so many to so few.

Winston Churchill said that about the handful of pilots who 80 years ago won the Battle of Britain. They were just 2,927 young men from 16 countries, including about 100 from Canada. They saved Britain, and in some measure saved the world. Had they failed, the day of Europe’s liberation would have been ever more distant, humanity’s bloodiest war would have gone on longer, and millions more likely would have died.

A darker history for The Many never came to pass because of The Few.

In the Pandemic War, our world has been delivered by a new group of The Few.

This year, a collection of scientists has done the certifiably miraculous, by cracking the novel coronavirus’s secret code and inventing vaccines to defeat it. Given an unprecedented challenge, they solved it in record time. It is our era’s Manhattan Project.

Thanks to their success, there’s reason to believe the virus will be beaten. Infection numbers are likely to decline and, if all goes well, COVID-19 deaths are going to become rare. An end could come to the destruction of business, trade and travel. Millions of people who otherwise might have succumbed are going to live.

Though we walk through the valley of the shadow of death, soon we will not fear this evil, for mRNA medicine is with us.

Thanks to the work of The Few, VC Day – victory over the novel coronavirus – has gone from hope, to possibility, to likelihood.

But though humanity is poised to win, it is not currently winning. And that is because, while The Few were doing the impossible, many governments were repeatedly failing to do the possible.

For example, in Canada this past summer, the National Hockey League ran a 24-team playoff, keeping hundreds of players and staff infection-free through such basic protocols as mass testing of everyone in the bubble, and everyone passing through it. Did Canada use similar methods to build a bubble around our citizens at greatest risk from COVID-19, namely residents of long-term care facilities? No.

The NHL is now preparing for a new season, with Canada’s governments of course insisting on ring-fencing protocols such as intensive testing. We are still waiting for governments to systematically take the same steps in long-term care homes, or in crowded essential workplaces such as factories and warehouses.

Contact tracing should have been massively bulked up nationally; instead it is so weak that at least a third of confirmed cases are of unknown origin. And at the border, there is still little testing, whether of returning travellers or the thousands of truckers who cross into Canada each week.

But in one of this year’s many acts of security theatre, Toronto over the past week found the resources to station police officers at outdoor skating rinks, to prevent after-hours skating.

The pandemic may be this generation’s Second World War, except this time around, Canada’s answer has been neither ambitious nor insistent. Ottawa and the provinces correctly devoted hundreds of billions of dollars to paying people not to work and business not to operate. But too little effort went into solutions that might have allowed for fewer shutdowns, fewer unemployed and fewer deaths.

To fight that earlier conflict, this country put a million people under arms. It retooled its factories to make the instruments of victory. And 1940s Canada became the aerodrome of democracy, building dozens of new airports to train tens of thousands of pilots from across the Commonwealth. The Allies didn’t just shelter in place while the Manhattan Project came up with the miracle weapon.

In 2020, in contrast, Canada basically bet it all on the invention of vaccines. Their arrival is cause for celebration, not least because while awaiting them, infection minimization was left up to individual Canadians. Scant attention was paid to steps taken by countries such as South Korea, whose fatality rate is 25 times lower. If the vaccines have delays or deficiencies, we remain woefully unprepared to use alternate means to turn back the pandemic.

For The Few of vaccine science, this has been their finest hour. For governments in Canada, it has been anything but. 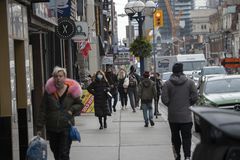 BioNTech CEO vows to work with others to boost COVID-19 vaccine capacity
February 3, 2021 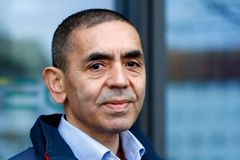 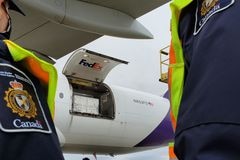