The Editorial Board
Published May 22, 2021 Updated May 22, 2021
Comments
Text Size
Please log in to listen to this story. Also available in French and Mandarin. Log In Create Free Account

At the headquarters of the International Energy Agency in Paris, there is a striking view of the Eiffel Tower. It presents a useful perspective on history, progress and change.

When the tower opened in 1889, the wrought-iron wonder was the world’s tallest structure. It held the title for four decades, until the completion of the Chrysler Building. There is an elegant permanence to the seemingly timeless landmark – yet, like all things, it is temporal.

The International Energy Agency was created by developed countries in 1974, after the oil crisis spiked the price of gasoline and rocked economies. The E in IEA would have more accurately been an O – for oil. The source of energy the IEA was most concerned with was oil, the 20th century’s economic lifeblood. Thinking about a more secure supply, Henry Kissinger, then United States Secretary of State, likened the oil crisis to the “economic equivalent of the Sputnik challenge of 1957.”

The IEA’s job was to foster co-operation among Western countries to better plan for oil’s future – the need for ever more oil was an enduring given, wasn’t it? Until a few years ago, the IEA was warning that massive amounts of money were constantly needed to be poured into developing new sources of oil, to ensure adequate supply.

But the energy market has been evolving, and so has the IEA. A turning point came in 2018, when the United Nations Intergovernmental Panel on Climate Change said, to live up to the Paris Agreement, and to prevent radical changes in the weather, there would be a need for “rapid, far-reaching and unprecedented changes in all aspects of society.”

Since then, two little words have become the easiest, and most popular, thing to say: net zero. The soft phrase obscures a much tougher reality – particularly for Canada.

This past week, a half-century after the IEA’s founding, the energy body whose answer to most energy questions used to be “oil,” unveiled a new self. The IEA has drawn up a detailed road map for getting the planet to net-zero emissions by 2050. If humanity takes its climate promises seriously, then this is the mountain that will have to be climbed.

It will mean that some things that have long been permanent – such as demand for oil – will no longer be so. The IEA says that, to meet carbon goals, the era of oil must begin to come to an end, and most electricity must be generated by the sun and wind.

In such a future, the challenge for Canada will be immense. One-quarter of our national emissions are from the oil and gas industry – the industry that has greatly enriched this country. The IEA’s road to net zero says the end of new oil and gas exploration should start now, as in this year. That doesn’t mean the oil sands gets shuttered – they can keep producing as global oil output is slashed by three-quarters over the next 30 years – but under the IEA’s prescription, no more new oil or gas should be sought.

A near-term future of less oil gas exploration and development, and thereafter long-term production decline, would be jarring to Canada’s economy, particularly to British Columbia, Saskatchewan, Newfoundland and Labrador and, of course, Alberta.

One may question the likelihood of the IEA’s timelines, or its focus on wind and solar. But it’s hard to disagree with the broad direction of what it’s both predicting and advocating: For carbon emissions to fall in the decades to come, the use of carbon fuels must also fall.

Canada has its own particular challenges and, globally, the hurdles are immense. In the 2020s, the required technology to stop using fossil fuels exists, yet, consider this: In solar power, according to the IEA, the largest solar array currently in existence would need to be replicated, every day, for the next 10 years.

There is a reward at the end of all this, and it’s not just a livable climate. The IEA predicts that, in the long run, the world economy would be better off. But for an oil-rich country such as Canada, an energy revolution means managing the eventual contraction of a huge industry that has long spun off jobs and wealth.

The IEA’s map to net zero is not the only one out there. But its publication, by a formerly oil-centric body, is a milestone in the world’s long, slow acceptance of the enormity and severity of climate heating. For the Canadian economy, change is coming, and it’s going to be a challenge. 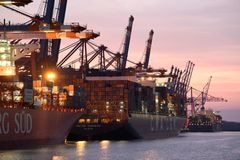 Opinion
Greening portfolios is harder than you think
May 20, 2021 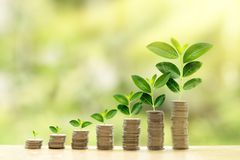 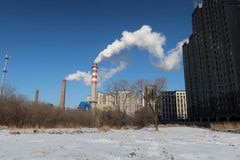