U.S. President Donald Trump is on the precipice of an overwhelming defeat, one that may hand control of all three elected arms of the American government – the White House, House of Representatives and Senate – to the Democratic Party.

The proximate cause is the SARS-CoV-2 virus and Mr. Trump’s entirely self-defeating response to it.

Nearly 230,000 Americans are dead, a tally that in recent days has risen by more than 800 a day. The number of infections is also hitting new highs; last week saw the first day with more than 80,000 new cases.

Yes, things in some European countries are as bad or worse. The relative death toll is higher in Belgium and Spain – and Quebec. And Mr. Trump, whatever his pretensions of omnipotence, is hardly responsible for all that has gone wrong in the U.S. pandemic fight. The country is a federation of 50 states, and some Democratic-led states, such as New York, are among the hardest hit.

A national crisis often causes voters to rally around their government, and even Mr. Trump saw his approval rating temporarily jump when the virus first hit. But he did nothing to keep that support. Instead of leading the virus response, he repeatedly blocked it, delivering month after month of inaction, evasions and falsehoods, seasoned with non-stop mockery of basic public-health measures such as masks.

Mr. Trump mostly used his bully pulpit to undermine and belittle the national pandemic response, including that of his own administration. He thereby eviscerated his own credibility and turned himself into the lightning rod for anger over the United States' COVID-19 failures.

The President of the U.S., rather than showing leadership, kept telling voters that the only problem was that his opponents were spreading a fake news virus. That approach may have cheered supporters who see conspiracies everywhere and live to stick it to the left, but for many more Americans, it crystalized their opinion of him as a dangerous sower of chaos and a threat to their own well-being.

For the first three years of his administration, many Americans believed they could safely ignore Mr. Trump’s constant attacks on common sense and the status quo. After all, the man’s Twitter bark has always been worse than his actual bite. But the virus, and Mr. Trump’s insidious response to it, have been impossible to ignore.

Prior to the pandemic, a lot of voters simply tuned out his tirades. The fact that eight years of economic growth and falling unemployment under Barack Obama continued under Mr. Trump was his main sales pitch. His unfavourability rating has been higher than his favourability throughout his presidency, but with most Americans employed and incomes rising, he had a shot at re-election, in spite of himself.

Then the virus arrived and blew a hole in the U.S. economy.

It also shone a bright, unflattering light on the Republican quest to take away health care from millions of voters, by killing the Affordable Care Act, aka Obamacare.

Fear of GOP plans to whittle down an already weak social safety net is the main reason Democrats won control of the House of Representatives in the 2018 midterm elections. The gaps in the U.S. health care system were underlined this year, as millions of people lost their jobs – and their health insurance – at precisely the moment they were most worried about becoming critically ill. Mr. Trump’s response has been to promise to replace Obamacare with something even better. What, exactly? For four years, he hasn’t been able to say. It’s pure snake-oil salesmanship. There is no Trump health plan.

With nothing else to run on, Mr. Trump treated the rioting that accompanied some Black Lives Matters protests in the summer as a godsend. Praying for violence, and doing his best to encourage it, he promised a crackdown. But the protests mostly remain peaceful. He tried to sow chaos but reaped little.

And in Joe Biden, Mr. Trump ran into his worst nightmare. The former vice-president is the candidate for a return to normalcy. He is promising not revolutionary change, but modest improvements, accompanied by a soothing press of the mute button. He is no left-wing radical. He hasn’t a radical bone in his body.

Mr. Trump was elected four years ago by a frustrated electorate that wanted mayhem. Four years later, the desire for another go on the roller coaster is simply no longer there.

Opinion
Be thankful for Canada’s election system. It’s a lot better than the U.S.
October 11, 2020 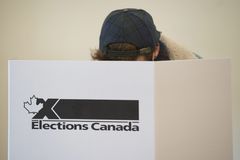 Opinion
Donald Trump is going to question the legitimacy of the U.S. election. He couldn’t pull that stunt in Canada
October 9, 2020 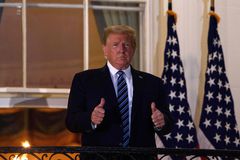 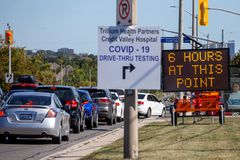