Has Ontario’s Ford government done a 180 on its handling of the COVID-19 crisis? Apparently.

Let’s go back to the pandemic’s early days, in March. As the number of cases rose, the Ford government acted forcefully to protect public health. It declared a provincial state of emergency on March 17, banned indoor seating in bars and restaurants, and shuttered gyms, public libraries, private schools, daycares, cinemas and concert venues.

Over the next two months, the government kept ramping up restrictions. It closed non-essential businesses, then expanded the list of those businesses. It asked people to work from home and only venture outside for essentials, such as buying food. It banned gatherings of more than five people. It closed public schools and park playgrounds.

It felt like there was a new measure every day. But those measures worked. At the peak of the first pandemic wave, Ontario was recording a vertiginous 400 to 650 new daily cases of COVID-19. By mid-August, Ontario had fewer than 100 new cases a day.

Right now, Ontario is hitting levels of new daily cases that are double the highest counts in April. On Sunday, the number was 1,328.

But instead of reverting to some of the successful measures of the spring, the Ford government wants to open bars and restaurants where they are currently closed, and allow people to gather indoors, come hell or high case counts.

Its confusing new colour-coded system for imposing or lifting restrictions means that, in order to lock down a region of the province to the same degree as in the spring, that region would have to hit levels of infection that are orders of magnitude worse than those that jolted the Ford government into action eight months ago.

According to the new system, Toronto would have to experience more than 3,000 new cases a week for a sustained period before the Ford government would even consider maintaining the existing ban on indoor dining in Toronto. The city’s current count is about 2,250 a week – higher than it was in April.

So why the change? Was the first lockdown a mistake?

No. Those early measures lowered the number of new cases in Ontario to a manageable level. They saved hundreds if not thousands of lives. And they put the Ford government in a position to relax restrictions and give restaurants and bars some breathing room.

But has Ontario given itself the tools to avoid having to repeat the measures of the spring – allowing a safe reopening without resorting to lockdowns?

No. The province still has nowhere near the testing and contact-tracing capacity required to control the spread of the virus. It is failing to meet its stated goal of testing 50,000 people a day. The province also lacks self-isolation centres where infected people would have the option of quarantining temporarily to avoid infecting their families.

And yet, as of Saturday, the Ford government plans to allow Toronto’s massive hospitality industry to reopen indoor facilities, and welcome up to 50 customers at a time. If the number of weekly new cases in the city rises to 3,000 – a catastrophic level – the 50-person figure could be reduced to 10, although it wouldn’t be automatic.

Without saying so explicitly, the Ford government has switched its emphasis from slowing the spread of the virus to speeding up the reopening of restaurants and similar businesses – but without laying the groundwork for that to happen safely or sustainably.

Perhaps the government is betting a vaccine will arrive quickly enough to make its failings a moot point. But even with Monday’s news about the success of a major vaccine trial, it could easily be a year before immunization is here.

The more likely near-term outcome for Ontario can be seen in Europe. There, a summer of eased restrictions led to a fall explosion in cases, forcing France, Germany and the United Kingdom back into lockdowns, some involving curfews.

If the virus behaves here the way it did across the Atlantic – and why wouldn’t it? – businesses that reopen this week and next in Ontario may discover that, thanks to the Ford government’s inaction, their troubles have only just begun. 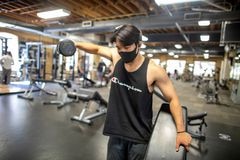 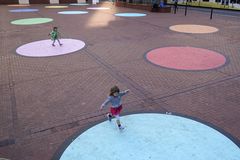 Opinion
The virus has killed 10,000 people in Canada. Opposition MPs are right to seek answers
October 28, 2020 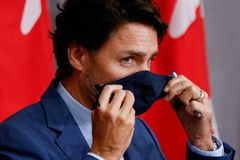