If you were a federal politician faced with the conflict and violence surrounding the lobster fishery in southwestern Nova Scotia, you, too, would want to switch the conversation to a safer issue such as, say, racism. Because then you could pretend that the recent chaos and lawlessness is surprising, disappointing and – most important of all – somebody else’s fault.

But it’s not at all surprising. And it’s Ottawa’s fault.

In 1999, in two rulings known as the Marshall decisions, the Supreme Court of Canada said that as a result of treaties signed in 1760 and 1761 between the Crown and the Mi’kmaq, Maliseet and Passamaquoddy First Nations, these Indigenous communities in Nova Scotia, New Brunswick, Prince Edward Island and the Gaspé region of Quebec have a constitutional right to hunt, fish and gather to earn a “moderate livelihood.”

However, the court also said this right “to gather” was not a right “to gather anything and everything physically capable of being gathered.” Like all rights, this one has limits.

The court repeatedly stressed that government retains the power to regulate these First Nations fishing rights, particularly for reasons of resource conservation. That could include such restrictions as licensing requirements, or setting aside certain times of the year when fishing is not allowed – the source of the current conflict.

The Supreme Court suggested that the best way to balance the Indigenous right to fish and the necessity of preserving the fishing stocks was by negotiation between Ottawa and each of the involved First Nations.

That was way back in 1999. And yet today in southwestern Nova Scotia, there is violent disagreement between Mi’kmaq and non-Indigenous lobster fishermen as to how much lobster First Nations fishermen can catch, and where and when they can fish. The disagreement is understandable, since 21 years after the Marshall decisions, government has still not translated the court’s principles into clear, simple, enforceable rules to define and regulate First Nations lobster-fishing rights in Nova Scotia.

But things have become lawless because, on the matter of the First Nations lobster fishery in southwestern Nova Scotia, there are literally no rules. The size and season of the area’s legally permissible First Nations lobster fishery is still “to be determined.” This is crazy. Two decades on, Indigenous and non-Indigenous fishermen alike have reason to be frustrated.

All sides are demanding that rights be respected, rules upheld and law and order prevail. But it’s entirely unclear what the rules are. The federal government has the power to establish and enforce such rules, covering Indigenous and non-Indigenous fishermen alike, and regarding who gets to fish where, when and how much. But Ottawa hasn’t done that.

Don’t expect peace in a situation where there is no order or good government. The absence of those last two is on Ottawa.

So what are the rules on this road?

Ottawa could set them but it hasn’t. Ottawa’s aversion to conflict, and its fear of offending one side or both, may have made conflict inevitable.

The job of a fisherman is to fish. The job of government is to govern. The Trudeau government can make it possible for fishermen, Indigenous and non-Indigenous, to live in harmony and do their jobs. It can do that by doing its job. 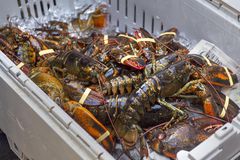 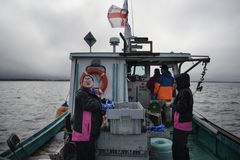 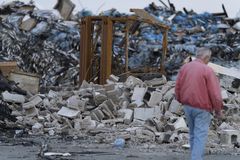