In the hyper-partisan era of today, governments sometimes get remembered for bad laws designed to weaponize a hot-button issue.

For the Harper government, it was the Fair Elections Act. In 2014, the Conservatives used the false threat of election fraud committed by lefty-sounding types (students! renters!) to make it more difficult to cast a federal ballot. (The Trudeau government later undid the law’s worst provisions.)

Now the Liberals have their very own take on the Fair Elections Act, in the form of a new firearms bill.

The government says Bill C-21, combined with a buyback program, will get dangerous weapons off the street. But the package is riddled with suspicious gaps in logic. One part of it is sloppy legislation. The other part appears designed not to settle a major issue but to inflame it – for electoral gain.

Start with the buyback program. It applies to 1,500 military-style assault rifles and their variants that Ottawa banned last May after the mass shooting in Nova Scotia, in which one man killed 22 people.

In promising the program, the Liberals repeatedly made the correct point that weapons designed to fire as many bullets as possible into as many people as possible in the shortest possible time have no place in Canada. Hunting is a legitimate reason to own a firearm; these guns aren’t for hunting.

But the buyback of these weapons announced this week will be voluntary. Canadians who own a blacklisted weapon will be prohibited from using, transporting, selling, trading or bequeathing it. But they’ll be free to keep it.

The government argues that buying an estimated 150,000 to 200,000 of these guns on a compulsory basis would be too challenging – in spite of the fact New Zealand did exactly that after a lone gunman killed 51 people in Christchurch in 2019.

This lack of ambition doesn’t square with Prime Minister Justin Trudeau’s lofty rhetoric after the Nova Scotia killings, when he said, “There is no use – and no place – for such weapons in Canada.”

There is even less logic in the provision in Bill C-21 that, rather than banning handguns nationally, gives municipalities the power to do so. The Liberals have long promised to restrict handguns and now they’ve done it – but in a way that makes no sense.

Under the law, a city such as Toronto or Calgary will be able to outlaw the transport and storage of handguns within its boundaries. But what if neighbouring municipalities don’t do the same? A hodgepodge of rules guarantees confusion and abuse.

Worse, municipalities are provincial creatures. In anticipation of the Liberal move, Saskatchewan has already adopted a law prohibiting its cities and towns from banning handguns; Alberta is planning to do the same.

So let’s get this straight: The government has banned assault rifles, but not their continued ownership. It’s a move that undoes the chief justification for banning weapons, which is to dramatically reduce their presence in society.

At the same time, Ottawa won’t ban handguns, which are much more commonly used in homicides and other crimes, and is instead handing it over to municipalities to take that step – even though cities are a provincial responsibility.

Perhaps the Trudeau government is doing it this way because cities are a provincial responsibility. It’s a perfect wedge issue.

This page has called for a national ban on handguns and assault rifles. Such a ban would not end all gun crime or cause the murder rate to plummet, because so many illegal firearms (some of which started life as legal firearms) are already out there, while others are smuggled into this country from the United States. But banning assault rifles and handguns would reduce the likelihood of niche hobby firearms being used in crimes and shootings.

The Liberals’ half-measures, on the other hand, will not reduce the number of handguns and assault rifles in circulation to a level that might have a consequential effect on crime and public safety.

Their only discernible effect could be to pit cities, where Liberal voters tend to congregate, against Conservative provincial governments and the federal Conservative Party, which has a strong rural base. A continuing and unresolvable conflict over handgun rules might be useful to the election strategists in Mr. Trudeau’s party. It might even be useful to the Conservatives. It’s of no use to anyone else. 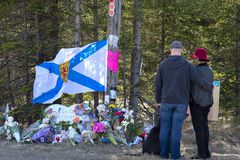 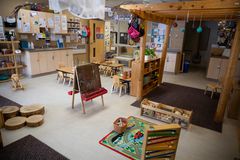 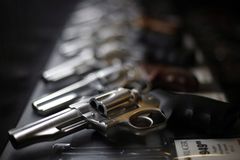