This page has spent the past several months criticizing the pandemic response of many Canadian governments and public health officials, urging them to do better.

We called out the slow uptick in testing in some provinces. We questioned the gaps in contact tracing. We decried the preventable disasters that unfolded in nursing homes, especially in Ontario and Quebec. And, recently, we’ve pointed to signs that Canada is still not fully prepared to meet a second wave without resorting to another blunt and brutal economic shutdown.

However, at great cost and after too much loss of life, most of the country appears to be either over the first wave, or getting there. The number of daily cases has plummeted, week after week. There is light at the end of the tunnel, and rather a lot of it. Things are reopening, and in most of the country, with continued physical-distancing measures, it’s safe to do so.

For our neighbours to the south, it’s a very different story.

The first wave is over in some places, such as New York. But many other parts of the United States are seeing record numbers of infections. The U.S. remains, now more than ever, the developed world’s COVID-19 epicentre.

California, which has roughly the same population as Canada, is recording its highest-ever level of new cases. Since early June, infections have been multiplying, and the state has averaged more than 3,000 cases a day over the past week – nearly 10 times as many as Canada. Florida’s average daily number of new cases is at a record, and has tripled since late May. It’s a similar story in Texas, and many other states.

The response from the Trump administration? Vice-President Mike Pence this week wrote in The Wall Street Journal that the media is trying to “scare the American people” and that fears of a second wave are “overblown.”

Anthony Fauci, the director of the National Institute of Allergy and Infectious Diseases, partly agreed, and not in a good way. Dr. Fauci told The Washington Post that the U.S. doesn’t have to worry about a second wave yet because, “unfortunately for us, we are still in the first wave.”

All of which is a serious problem for Canada. So what to do?

The ban on non-essential travel from the U.S. has been extended to mid-July. That isn’t going to be enough. It has to remain until at the least the fall.

Canada also has to do something about Americans using a loophole in the border closure, which allows tourists from the lower 48 states to pass through Canada if they are driving to Alaska. There have been recent reports of travellers exploiting that excuse to take a Canadian vacation. There can’t be many people doing this, but steps have to be taken to push those numbers down to zero.

That could mean extending the travel ban to close the loophole. If simply banning Alaska-bound drivers would spark a row with the White House, then Canada can turn to more subtle means. Force U.S. travellers to download a tracking app, and require that those driving to Alaska take a coronavirus test at the border, at their expense.

Australia and New Zealand kept their coronavirus numbers low, and have recently talked about building a two-nation bubble, eventually allowing quarantine-free travel between them. Canada should be exploring the possibility of similar arrangements with safe countries.

Australia and New Zealand could be on that list; so might Taiwan and South Korea. For the moment, we’ve got to maintain a mandatory 14-day quarantine for all travellers. Could we eventually move to a something closer to what international travel used to be, albeit with additional requirements such as submitting to a fast-turnaround virus test upon entry? Maybe. But only with countries where the chance of community spread is minimal.

They are essential workers, flying and driving across the Canada-U.S. border. Unlike other travellers, they are not required to quarantine for 14 days after each trip.

If Canada’s number of cases continues to fall, it will be more important than ever to have those people regularly tested, ideally each time they enter the country. That would allow the border to stay open to trade, keeping most of the economy humming, while tourism remains on hold. 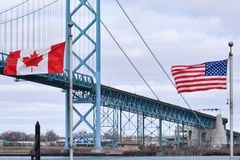 Canada-U.S. border to remain closed to non-essential travel until at least July 21
June 16, 2020 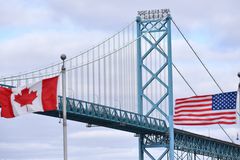