Last month’s snap federal election was criticized as unneeded and unwise by many voices, this page included. Triggering a vote in the middle of the pandemic, when Parliament was functioning just fine? Really?

It was a bad call, underlined by the fact the election produced almost nothing, with the seating assignments in the House of Commons barely changed from 2019.

But there is a silver lining: The election was a reminder of how well our voting system works.

None of the parties is claiming that the vote was “rigged.” No losing candidates are saying they only lost because ballot boxes were stuffed. The official opposition is not crying “Fraud!” and demanding new rules to make it harder to vote. No party’s slogan is “Stop the Steal.”

Instead, Elections Canada is expected to be able to confirm final results some time this week, after last week completing judicial recounts in two close races. Those uncontroversial, boring-as-paint-drying recounts are examples of how and why our system works.

One of those was in the Quebec riding of Châteauguay–Lacolle, where on election night it appeared that the BQ candidate had won by 286 votes. The Liberal incumbent, Brenda Shanahan, asked for a recount on the grounds that votes from one box appeared to have been tallied incorrectly.

Turns out Ms. Shanahan was right. A recount held in front of a Quebec Superior Court judge last week confirmed that a batch of several hundred votes had mistakenly been credited to the wrong candidate. The ballots were tallied again, and everyone went home, if not happy, at least satisfied that the result was correct, and fair.

There is a simple reason for the lack of controversy: Federal election ballots are made of paper, marked by hand with a pencil, and tallied by a remarkable technology known as “human beings.” Scrutineers from the political parties can count along with Election Canada’s counters; that appears to be how the mistake in Châteauguay–Lacolle was found.

There are no black-box electronic voting machines. It’s just pencil on paper.

At the Châteauguay–Lacolle recount, representatives of the parties concerned were present as all 49,744 ballots were opened, examined, accepted or rejected according to the rules, then recounted and certified by the judge. In the end, Ms. Shanahan won by 12 votes.

The same simple, un-hackable process confirmed last week that another Quebec riding, Trois-Rivières, was narrowly won by the BQ. This week, it will also be used to settle tight races in the Toronto riding of Davenport, and in the Quebec riding of Brome-Missisquoi.

All of this stands in stark contrast to the United States. In Canada, one independent agency, Elections Canada, oversees the vote. In the U.S., local governments, in conjunction with each state, organize and carry out federal votes using a variety of voting methods, under a variety of rules. Chief election officials are often political appointees or partisan politicians.

Former president Donald Trump turned the 2020 election into a farce by making nonsensical allegations of fraud that were nevertheless swallowed by his polarized supporters. And because U.S. votes are held in November and the transition of power doesn’t happen until January, Mr. Trump had two months to use the authority of his office to amplify his false claims. He pressured everyone from election officials in Georgia to the federal Department of Justice to back him up. This culminated on Jan. 6, when his supporters stormed the Capitol during yet another politicized process, the certification of the vote.

And Mr. Trump is still at it. By continuing to insist that he won in 2020, and by targeting the few remaining Republicans who dare question that, the former president and his party appear to be putting in place a process that could undermine and even overturn the 2024 presidential election.

Canada’s voting system isn’t perfect. Not all ridings have the same population; some have fewer than 50,000 voters, while others have more than 100,000.

There are questions, too, about whether first-past-the-post is still best. And though we are far ahead of the U.S. when it comes to curbing the influence of money in politics, we could still do better, through tighter limits on donations.

But it’s hard to fault the way this country tallies its votes – and the way politicians and voters alike respect the legitimacy of the count. Look south, and be thankful. 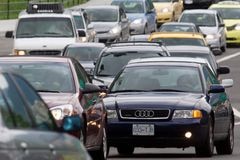 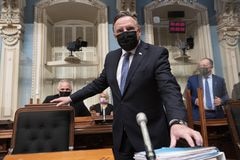 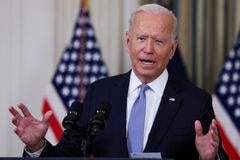