If three make a trend, then Canadian political party leaders are currently gripped by a mania for expelling inconvenient caucus members and banishing them from ever again running for their parties.

There have been three such political excommunications this month. Each has its own set of circumstances and reasoning. But together they illustrate a common issue: the near absolute power of party leaders to unilaterally boot caucus members.

In Alberta, Premier Jason Kenney hit the ejector button after officials in the riding of Lesser Slave Lake complained that their United Conservative Party MLA, Pat Rehn, didn’t show up for meetings and that, if he did bother to appear, he hadn’t done his homework. Mr. Rehn also angered constituents by taking a vacation to Mexico in December, while his government was urging people not to travel.

It’s not hard to understand why Mr. Ford and Mr. Kenney acted as they did. Politics is a team sport, and a big part of the sport is presenting the image of a united front. While parties have backroom debates, no organization, in politics, business or elsewhere, wants members going public with criticisms, or failing to pull their weight.

But compared with their counterparts in parliamentary democracies such as the United Kingdom, Canadian parties have a cultish obsession with public unanimity. And more importantly, they generally give party leaders almost absolute power to impose it.

The unchecked power to punish and expel is wielded by all leaders to keep caucus members docile. Those who fail to vote along party lines, or who go public with concerns that don’t jibe with the leader’s agenda, know they can be kicked off committees, prevented from speaking in the legislature, or banished for life from the party.

The use of these threats, combined with the concentration of power in the offices of party leaders, has subordinated the role of parliamentarians to that of preprogrammed mouthpieces, retweeting approved messages and voting like robots.

There is, however, a modest remedy for this. It was on display in this month’s third caucus ejection.

Conservative Party Leader Erin O’Toole decided that an Ontario MP who had made a racially tinged comment about Canada’s Chief Public Health Officer, had also compared vaccinations to human experimentation and who as a Tory leadership candidate last year received (possibly unwittingly) a donation from a white supremacist, needed to be cleansed from his party.

But to boot Derek Sloan, Mr. O’Toole had to persuade his fellow Tory MPs. That’s because the Conservative caucus voted after the 2019 election to live by two of four (sadly) optional provisions in the Reform Act, a law passed by Parliament in 2015 in an effort to rein in the powers of party leaders.

Parties must vote on whether to rule themselves by its provisions after each election. The Conservative caucus opted to give itself the power to elect a chair or expel a caucus member; they passed on the power to trigger a leadership review or name an interim leader.

That meant that, in order to expel Mr. Sloan, a majority in caucus had to vote in favour of it. Mr. Sloan was ousted on Wednesday – but by his colleagues, collectively.

The involuntary disembarkation of Mr. Sloan does, of course, serve Mr. O’Toole’s evolving agenda. He had previously voted against removing Mr. Sloan for almost exactly the same offences; this time, he led the charge, in an effort to nudge his party closer to the centre in a possible election year, and to disarm Liberal accusations that the Conservatives are Nordic Trumpists.

But at least Mr. O’Toole was restrained from acting unilaterally. That’s progress.

In contrast, the Liberals and NDP used their first caucus meetings after the 2019 election to vote against adopting any of the provisions of the Reform Act. MPs instead voted to give their party leader total power over them. Perhaps the sight of at least one party’s sitting members taking back a tiny bit of control will change their minds.

Thanks to the Reform Act, MPs have the power to reassert their autonomy. They just have to choose to do so. 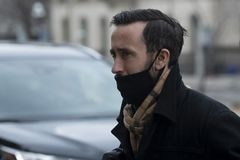 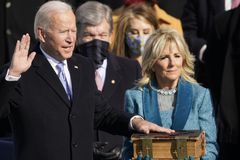