In her concession speech on Tuesday night, outgoing Alberta Premier Rachel Notley told her supporters the New Democratic Party had changed the politics of the province forever. Scratch that last word – there is no “forever” in politics – and she’s got a point. By improbably winning government in 2015, and then this week capturing a third of the vote and a quarter of the seats, the NDP has entrenched itself as Alberta’s leading political alternative, and the only one with members in the legislature.

But the real change-maker in Alberta politics, the one who plowed up the landscape, remade it to his liking and will now form a government, is Jason Kenney.

Four years ago, Jim Prentice was unable to unite the right or stop the vote-splitting between Progressive Conservatives and Wildrose. That’s how he ended up as the last in a long line of PC premiers, the final leader of a dynasty that had won every election since 1971. Mr. Kenney has spent the past three years welding the right back together. As a result, on Tuesday night, his United Conservative Party captured an overwhelming majority.

Mr. Kenney ran partly on the classic rock of small-government conservatism – the familiar three-chord rhythm of lower taxes, lower spending, lower deficits – and partly with a uniquely Albertan take on the politics of anger, frustration and resentment.

A centrepiece of his campaign was a promise to pick fights with – or as he portrayed it, fight back against – environmentalists, British Columbia and, above all, the federal government.

He said that if there’s no progress on the Trans Mountain pipeline expansion, he’ll hold a referendum on removing equalization from the Canadian Constitution. He said he’d challenge the charitable status of groups critical of the oil industry, while setting up a $30-million, taxpayer-funded “war room” to counter “fake news” about the oil patch.

He even talked about cutting off oil shipments to B.C. “If the B.C. New Democrats continue to block our energy,” he told an audience late in the campaign, “we’ll happily give them a carbon-free Vancouver by 2020.”

That memorable line, and Mr. Kenney’s entire campaign narrative – that under him, the province will take the fight to its enemies – was designed to both feed and capitalize on voter anger. And Albertans do have something to be angry about: A lot of oil is going nowhere fast because this country can’t get a pipeline built. The reasons are complex, but the situation is nevertheless absurd, costly and entirely of Canada’s creation.

However, Mr. Kenney’s most headline-grabbing ideas for intergovernmental combat range from counterproductive to legally impossible.

A referendum on equalization? Last we checked, that was in the Constitution, and it’s not something a province can unilaterally amend. Also, some of Albertans’ federal taxes are going to support citizens in several other provinces because the average Albertan is still somewhat wealthier than the average resident of those provinces. Yes, really.

Cutting off oil to B.C.? Aside from being unconstitutional – see Section 92A – it’s self-defeating. Responding to a shortage of pipeline capacity to the West Coast by refusing to ship any oil through those pipes would whack the province’s main industry, its treasury and its workers. It would be like responding to a stubbed toe by shooting off your foot.

The good news is Mr. Kenney is almost certainly smarter than that. He’s one of Canada’s most experienced politicians, having spent almost his entire adult life in politics, most of it in Ottawa as an MP and cabinet minister. He is intimately familiar with the details of equalization, and with the challenges in building a pipeline to tidewater – challenges the Harper government he was part of failed to overcome.

And while the Alberta-versus-Everyone narrative may play well with voters, it doesn’t square with reality. Is the current B.C. government against the Trans Mountain expansion? Yes. But most of the cards in this game are held by the feds, and they are backing the pipeline, not blocking it.

For those joining us late, remember that Ottawa last year bought Trans Mountain in an attempt to ensure the expansion gets built. Aside from the $4.5-billion purchase price, pushing for a pipeline means the federal Liberals are spending significant political capital in B.C. – where they have far more seats at risk than in deep blue Alberta. 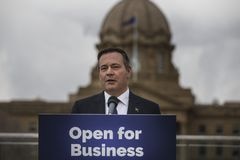 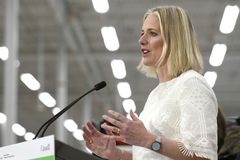 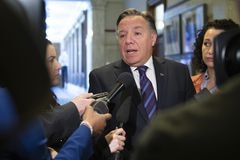