The Editorial Board
Published August 20, 2021 Updated August 20, 2021
Comments
Text Size
Please log in to listen to this story. Also available in French and Mandarin. Log In Create Free Account

Think back a few decades and imagine a Canadian, circa 2000, being handed the Liberal and Conservative 2021 climate policy platforms. The covers are blank. The voter has to guess which is which.

One is pile of regulations, government intervention and subsidies. The other also has regulations and subsidies aplenty, but its main pillar is a market mechanism – a price on carbon. The Canadian of a generation ago makes the obvious guess: The Liberals used government’s heavy hand; the Conservatives relied on the market.

Teleport to the present and – surprise! – welcome to the upside-down world of Canadian climate politics, where the Liberals bet hard on a carbon tax and the Conservative proffer mostly regulations and government oversight.

Voters in this election campaign, for the first time, have a real choice between serious climate policies from the two parties most likely to form the next government.

That’s in part because the distracting debate over the constitutionally of a federal carbon tax is history. The Liberals last December tripled down on carbon pricing – pledging an escalating rate to reach $170 a tonne in 2030. In March, the Supreme Court of Canada said pricing carbon was within Ottawa’s power. The Conservatives conceded the point, and in April unveiled their own overhauled climate plan. It included a kind of carbon tax, albeit one trying hard not to look like a tax. For consumers it would start at $20 a tonne, half the current rate, and max out at just $50.

The biggest change in this election, compared with 2019, is that along with their not-quite-ready-for-primetime carbon tax plan, the Conservatives have other elements of a viable climate plan, which is better than the policy pantomime of 2019. This new platform was not written by Team Trump denialists.

In fact, with their aversion to embracing consumer carbon pricing, the Conservative greenhouse gas plan is in many ways in the mould of U.S. President Joe Biden – whose green plans have a heavy dependence on government regulation, for fear of awakening the wrath of voters, especially drivers.

The urgency of climate action and the path to get to a cleaner future are clearer than ever. The latest United Nations report this month was bleak but showed there is still time to change. In May, the International Energy Agency, a long-time oil cheerleader, reversed course and outlined how to hit net zero by 2050.

In the 2015 Paris Agreement, Canada pledged to cut emissions by 30 per cent in 2030 compared with 2005. The Liberals’ original 2016 plan was inadequate but last December, with a higher carbon price, the Liberals said they’d hit the Paris mark. The Conservative plan vied to match that, and some experts say their proposal could do it.

But 30 per cent ain’t what it used to be. As a key UN climate meeting in Glasgow approaches in November, more is expected. The Liberals in April promised at least 40 per cent and outlined some new measures in the budget. The difference is big. The Liberals aim to cut emissions to 438 megatonnes by 2030. The Conservatives would get it down to 511 MT. The gap of 73 MT is almost all emissions from the oil sands.

Commitment is also key. The Liberals made climate a central promise. The Conservatives, who are understandably interested in promoting oil and gas, don’t rank climate among their top five. And there’s a basic issue of governance: the Conservative plan depends on a complicated web of subsidies and regulations. That’s less true of the Liberals, whose far greater reliance on a hands-off carbon tax should stoke creative solutions.

Then there is 2030 versus 2050. The first is only a weigh station, not the mountaintop. The Conservative plan, if everything went right, might be good enough for 2030, but we question whether it’s the best foundation for 2050. The Liberals, relying on a carbon tax, complemented by subsidies and regulation, have a better shot at long-term reductions.

The Conservatives deserve credit for making progress from their nothingburger of 2019. They have a real climate plan – though the Liberal plan is still better. And though both plans have credible elements, they present two distinctly different approaches. More on those details, next week. 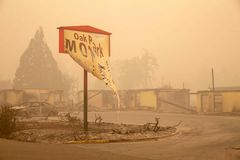