Canada’s doctors, nurses and orderlies are working heroically to treat and care for the people stricken with COVID-19 who need hospitalization.

The nimbleness with which hospitals have adapted is impressive. So it is depressing to think that, when life returns to normal, our health care systems and the governments that fund them will fall back into old habits: hospitals operating at above 100-per-cent capacity; a lack of beds; overflowing emergency rooms.

It’s much more pleasant to imagine that the current crisis will inspire changes for the better, in a system that badly needs improvement.

In 2017, Canadian medicare was ranked ninth out of 11 Western countries in a respected survey of health care systems from the Commonwealth Fund, a New York-based research institute. (Last place? The United States. Of course.) Canada’s most serious failings relate to wait times.

In 2019, the Canadian Institute for Health Information (CIHI) said wait times in emergency rooms are getting longer in many provinces. Ontario set a new record in June, 2019, for the average time it took for a person to arrive at an ER and be admitted to hospital: 16.3 hours – double the eight-hour target set by the province.

Reading stats such as that, it’s hard to believe that our provincial health care systems were able to rise to the challenge of COVID-19. But as the past month has shown, the system can change, and fast, when the status quo is no longer possible.

Here are three urgent areas for improvement that the crisis has reinforced.

1. Empty hospitals of patients who don’t need to be there: Hospital beds are a choke point in the system. When they’re full, everything backs up. In the pandemic emergency, freeing up beds has meant cancelling elective surgeries. Doing so has been terribly hard on people waiting for procedures to relieve them of chronic pain, and even for such things as cancer treatments, but it had to be done.

In other words, if the will is there, beds can be emptied. In postcrisis Canada, that will mean discharging patients who no longer need acute care. Many of these people require a bed in a long-term care facility, not a regular hospital. This has been a chronic issue, on which progress has been slow in spite of endless discussion about it.

Until the rest of the health care system has the capacity to meet growing long-term-care needs, the burden will continue to fall on hospitals. The problems this creates have never been clearer.

2. Keep people out of the ER: One of the unintended consequences of the pandemic is that many hospital emergency rooms are relatively quiet. That’s in part because people are thinking twice about heading to one, and are more willing to ride out a problem at home.

But it shouldn’t be on ordinary Canadians to diagnose what counts as a medical emergency, and what doesn’t. The real issue is that far too many people don’t have access to a family doctor during the evening and on weekends, which forces them into the ER.

The 2019 Commonwealth Fund survey found that only 49 per cent of family doctors in Canada make alternative care provisions when their offices are closed – far below the average of 75 per cent in the countries surveyed.

It is beyond time for Canada’s primary care doctors, and the health care bureaucracy, to be organized to meet patients’ needs off-hours. Emergency rooms pick up the slack, because patients have no other options.

3. Embrace technology: Video conferencing has become a popular pastime for Canada’s self-isolating masses. It may thus come as a pleasant surprise to people in Ontario to know that family doctors and specialists in the province are allowed to bill the full rate of an in-person consultation for a video consultation. The Ontario Telemedicine Network, which pioneered video conferencing as a health care tool, says the daily number of consultations over its own network has increased by a factor of 10 during the pandemic.

Ontario patients can today use any platform they’d like to video conference with their family doctors about a runny nose, to follow up with specialist, to refill a prescription and for a host of other practical purposes without making an in-office visit.

Doctors across the country need to seize the moment, and reinvent the house call. 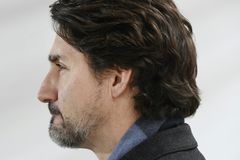 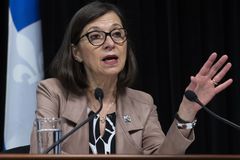