Looked at in isolation, the Trudeau government’s announcement on Friday banning military-style, semi-automatic rifles is a logical and timely move.

Just two weeks ago, the worst mass murder in the country’s history left 22 people dead in Nova Scotia. The killer used a variety of firearms, two of which now join a list of more than 1,500 models and variants that can no longer be used, purchased or sold in Canada.

Like New Zealand, which moved quickly to ban similar weapons after the mosque shootings in Christchurch in 2019, Canada appears on the surface to be acting decisively in the wake of a similar tragedy.

The inference was easy to understand: Canada is not the United States, and it can and should ban a type of weapon built to do one thing only: kill as many people as possible, as quickly as possible.

For gun-control supporters, the move is long overdue. This page called for the banning of semi-automatic weapons, as well as handguns, last year. Others, including survivors of the École Polytechnique massacre in 1989, have been lobbying for decades for a ban on military-style weapons.

That has now been done, through a simple regulatory change. But it’s not accurate to say the Trudeau government moved swiftly on this issue. It promised similar actions months ago. And Friday’s announcement, by the government’s admission, was prompted by the Nova Scotia killings.

On the ban itself, the government has got many things right. To give gun owners time to adjust, it is putting in place a two-year amnesty. During that period, owners of the newly banned weapons won’t be allowed to use them for any purpose, and won’t be allowed to transport them unless it is to return them to the manufacturer, or to have them deactivated or destroyed.

Once Parliament can reconvene in full, the government will table legislation for a buyback program.

Even more importantly, the government says it will fix the regulatory regime used to impose the ban, so that manufacturers can’t get away with making minor tweaks to illegal models so as to render them legal.

Public Security Minister Bill Blair said the regulations will be “evergreen,” meaning the government should be able to close loopholes that allowed the semi-automatic rifle used in the Polytechnique massacre to remain a legal weapon in Canada 30 years later.

This is more than just a symbolic act. The ban will decrease the number of military-style semi-automatics in circulation in this country, while leaving law-abiding Canadians free to continue to purchase, own and use hunting rifles and sport-shooting guns.

But the ban is far from a guarantee that no high-powered semi-automatic weapon will ever find its way into the wrong hands again.

The killer in Nova Scotia, for instance, was not a licensed gun owner, and some of his weapons appear to have been smuggled into Canada from the United States. To date, the Trudeau government has not brought in any provisions to stop guns from flowing across the border.

As well, the Liberals passed a law in June of 2019 to beef up background checks and record-keeping related to guns sales, but many of its provisions still have not come into force.

Most puzzling of all is the government’s position on handguns. It has no intention of banning them in Canada; at best, as Mr. Trudeau repeated on Friday, Ottawa will give municipalities the power to restrict or ban handguns within their own jurisdictions.

That is an odd choice, and an empty gesture. If a ban on military-style semi-automatics is an effective way to reduce the number of weapons in circulation and available for mass shootings, then surely a similar ban on handguns – which also have no legitimate civilian purpose, and that kill and wound more Canadians every year than any other firearm – would have a similar effect.

Friday’s announcement accomplished two things. It banned a style of weapon that has no place outside of the military, but it also reminded people who care about gun control that the Liberals have been inconsistent and at times illogical in their approach to the issue. 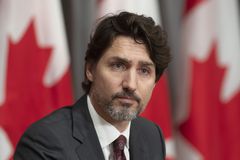 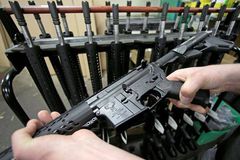 May 1: ‘Let’s hope we don’t have to wait 30 more years for a handgun ban.’ Readers react to Canada’s plans to ban assault-style weapons, plus other letters to the editor
May 1, 2020 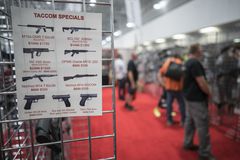