On Wednesday morning, a reporter asked Prime Minister Justin Trudeau during his daily news conference why the government was not using the powers available to it to enforce the 14-day self-isolation of travelllers returning to Canada, and was instead merely asking people to adopt this critical measure?

Mr. Trudeau replied that self-isolation “is something that we require of every single Canadian coming to this country.”

“How can you require it if it’s not mandatory?” the reporter asked.

“It is required for people to stay at home for 14 days,” Mr. Trudeau replied.

“But it’s not mandatory,” the reporter pointed out. Mr. Trudeau went to the next question.

Less than an hour later, Health Minister Patty Hajdu announced that every person returning to Canada after 11:59 p.m. on Wednesday would be obligated to self-isolate for 14 days under the Quarantine Act.

“This new measure will provide the clarity for those re-entering the country about the essential need to self-isolate,” Ms. Hajdu said.

That it does. But it also makes it hard to understand why Mr. Trudeau was suggesting self-isolation was mandatory. It should have been, but it wasn’t.

For days, he has been saying that Canadians returning to Canada should head straight home and shut themselves in for two weeks. No trips to the grocery store. No going to work. No visitors. No exceptions.

But even though Mr. Trudeau insisted on Wednesday that self-isolation was a requirement, it’s been nothing of the sort.

As of Wednesday, the government’s web page about it still said people returning from abroad are “asked” to self-isolate for 14 days. There is no legal requirement, and no sanction for failing to co-operate. It’s just a request.

Ottawa doesn’t request that Canadians pay their taxes. It obliges them to do so. That’s what a legal “requirement” looks like.

Government urges Canadians abroad to come home, while developing plan for those who can’t

Mr. Trudeau knew he was playing word games on Wednesday. On previous days, he repeatedly hinted that Ottawa would enforce self-isolation if Canadians didn’t do it voluntarily – effectively admitting that the request to self-isolate was not a requirement.

The government’s determination to rely on the good faith of Canadians got more complicated over the weekend after it was reported that one million citizens and permanent residents returned to this country last week.

Dozens of these travellers, if not hundreds, likely carried the coronavirus when they arrived. That may not seem like a lot, but a single carrier can do a lot of harm. Health officials in Newfoundland and Labrador said Wednesday that 44 of the province’s 67 confirmed coronavirus infections can be traced back to one person who returned from overseas and attended a funeral in St. John’s.

Ottawa’s policy was also complicated by reports of Canadians ignoring its entreaties to self-isolate. The government of Nova Scotia was so perturbed by what it saw last weekend that on Sunday it declared a state of emergency, banned gatherings of more than five people and said it will fine violators.

And so now, finally, Ottawa’s meek request has become a firm legal obligation. As of Thursday, people returning to Canada will have their names taken and be ordered into isolation for 14 days, under threat of penalty.

That will make it clear to tens of thousands of future returnees that they can’t leave the house, period. It’s a welcome measure. But it does nothing to prevent more than a million recent returnees from moving about without fear of consequence. The order should have come more than a week ago.

The Trudeau government may not have been wrong to first try the route of persuasion. But the vast majority of Canadians, who are doing their part by social distancing and, where appropriate, self-isolating, need to know that their actions to stop the spread of the virus will not be undermined by a few rule breakers.

One of the surest ways of doing that is to tell Canadians returning from abroad that the simple instructions to go straight home, to not stop at the grocery store, and to fully quarantine themselves for two weeks, are not suggestions. They are not being “asked” to do this. They are being ordered, for the good of all of us.

What took the government so long? 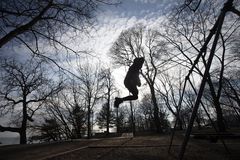 Quebecers ‘in a fight’ against COVID-19, Legault says as more deaths announced
March 25, 2020 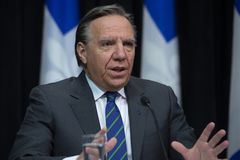