The Editorial Board
Published June 19, 2021 Updated June 19, 2021
Comments
Text Size
Please log in to listen to this story. Also available in French and Mandarin. Log In Create Free Account

That “emblem of Canadian identity,” as the Trudeau government says in a white paper on the modernization of the Official Languages Act released earlier this year, has been emblazoned on the country since 1969, when the act was first passed by an earlier Trudeau government.

On Tuesday, when the government tabled Bill C-32, its long-promised update to the Official Languages Act, that era appeared to be history.

Where the act was originally about ensuring that Parliament and the federal civil service operated in both official languages, and about protecting linguistic minorities – English in Quebec, French outside Quebec – the new Trudeau government is transforming it into its own version of Quebec’s Charter of the French Language, a.k.a. Bill 101.

Under Bill 32, the Official Languages Act would recognize that Bill 101 “provides that French is the official language of Quebec.”

The amended law would require federally chartered businesses in Quebec to either submit to Bill 101 rules on the use of French in workplaces, or to equivalent rules added to the Official Languages Act.

It would require that all Supreme Court nominees be bilingual – a move being done at the same time that the Quebec government, under its proposed language law update, Bill 96, is doing away with the requirement that, for the sake of the constitutional right to have cases heard in either official language, some provincially appointed judges be bilingual.

It would oblige the immigration department to recruit more French-language teachers to meet the demand for French immersion courses across Canada, and for Ottawa to work with provinces to increase the availability of those courses. And it would increase immigration from French-speaking countries into the rest of Canada.

Bill 32 makes reference to supporting Indigenous languages and Quebec’s anglophone minority. But those are not the government’s priorities. Not at all.

“The existence of a francophone majority in Quebec, with a future in which French is assured, is not only a legitimate objective, but also a fundamental premise of the federal official languages regime,” the government says.

This is a drastic shift for a law that was meant to support French and English linguistic minorities, not to support the French language outside Quebec, while protecting Quebec from the province’s anglophones.

It’s also a shift that Ottawa is proposing without providing any compelling evidence that it needs to go this far.

The Liberals say that, where the threat to French once came from Canada itself, today it comes from globalization and the internet, which are ruled by a “hegemony of English,” as Official Languages Minister Mélanie Joly said this week. But the global hegemony of English existed in 1969, too.

The Liberals have also bought into inflated worries about the stagnation of French as mother tongue in Quebec, which has hovered just under 80 per cent for years. “Demographic data reveals that maintaining the place of French as a language of integration, work and education requires greater effort,” the government says.

That’s debatable. According to Statistics Canada, 94.5 per cent of Quebeckers say they can converse in French in their daily lives, the vast majority fluently. Saying that won’t get you elected, though, and getting elected is the goal of Bill 32.

It’s no coincidence that the government tabled it just days before Parliament rose for the summer, and that it will die when a much-expected election is called later this year.

Dead or not, the Liberals will wave Bill 32 around the province during the election and say, “Look what we’ve done to protect the French language,” even though they haven’t done anything at all.

The bill is a cynically timed counterpoint to Quebec’s Bill 96, which invokes the notwithstanding clause in order to curtail the use of English in government, schools and business, and adds clauses to the Constitution saying that Quebeckers form a nation whose official language is French.

Bill 32 – which has the support of the opposition – also signals the end of Canada’s experiment with bilingualism. Ottawa’s willingness to protect your minority language rights now depends entirely on which minority you are a part of, and where you happen to live, all in the name of political expediency. 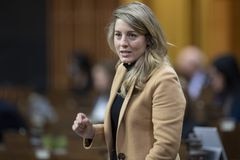 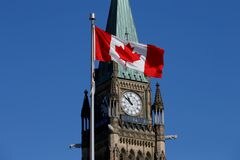 Opinion
Trudeau distances himself from his father’s legacy on bilingualism
Subscriber content
February 20, 2021 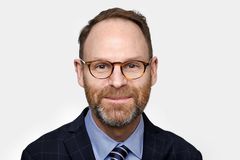