Armando Peruga, an expert on tobacco control at the World Health Organization, spoke those words in 2014. Vaping, as using e-cigarettes is known, had been popular for five years by then, and there was little available science about how safe or dangerous it might be.

Five years later, the risks involved with breathing in a flavoured aerosol that usually contains nicotine are still about as clear as one of those billowing white exhalations that come from the lungs of vapers.

This dearth of information has led to a panic in the United States. At least 380 people have been struck this summer by a mysterious lung affliction linked to chemicals inhaled from e-cigarettes, and seven have died. No one knows why.

Last week, the Trump administration responded by saying it will ban the sale of most flavoured e-cigarettes. That seems like an overreaction because it’s not clear what products were involved, or if they were even legal ones.

The U.S. Centers for Disease Control and Prevention reported on Aug. 30 that, “To date, no single substance or e-cigarette product has been consistently associated with illness.” It advised people against buying vaping supplies on the street or using e-cigarettes in a way not recommended by the manufacturer.

Health Canada echoed the CDC advisory on Sept. 6, and warned vapers to monitor themselves for signs of lung trouble. Since then, the first vaping-related illness has come to light in Canada, involving a high-school student in London, Ont., who was on life support before recovering and being sent home.

That led to calls this week for Ottawa to crack down on vaping. There was an urgency to the calls brought by the fact the sale of vaping liquids containing cannabis compounds will be legal as of mid-December.

The question is, what more should Ottawa do?

The federal government began regulating vaping products in May, 2018, subjecting them to the same strict rules as tobacco products.

But that hasn’t stopped young Canadians, teenagers included, from jumping on the bandwagon. One study in the British Medical Journal said the take-up of vaping by Canadians aged 16 to 19 jumped from 8.4 per cent in 2017 to 14.6 per cent in 2018, a 74-per-cent increase.

Even before then, almost five-million Canadians, most of them aged 15-34, had tried e-cigarettes, according to a study from the University of Waterloo that looked at data from 2017. Two-thirds of those said they tried vaping fluids containing nicotine, which is highly addictive. And close to 300,000 people said they vaped every day.

The question remains, though, of how dangerous vaping really is, the current scare notwithstanding.

Advocates of vaping argue in its favour from a harm-reduction perspective. Nicotine is an addictive drug, they point out, and no prohibition could stop people from using it.

Thus, if a person is addicted to nicotine, switching to an e-cigarette means avoiding the poisons and tar produced in the combustion of cigarette tobacco, thereby reducing the harms associated with the addiction.

An oft-cited study by Public Health England estimated that e-cigarettes are 95-per-cent safer than traditional ones. Both the American Cancer Society and the American Heart Association reluctantly agreed this year that having smokers switch to e-cigarettes is preferable to them continuing with combustible products – although both organizations insist the best thing to do is not to inhale anything foreign at all.

The problem is, most young people aren’t replacing cigarettes when they start to vape. They are going from zero smoke intake to pulling in aerosols that contain a cocktail of chemicals that may cause cancer, or heart and lung disease. They could also become addicted to nicotine.

That’s worrisome, all the more so because vaping appears to be on a rapid rise in Canada. What is needed right now is better data. Ontario this week ordered hospitals to report vaping-related illnesses to the province’s chief medical officer of health, which is a good start, but a late one.

In the meantime, non-smokers who take up vaping need to be aware that they may be assuming risks that are still unknown. Because one way or another, you’re jumping out a window when you join the e-cigarette craze.

Opinion
Banning vaping is not the way to address the worrying outbreak of related lung disease Subscriber content
September 9, 2019 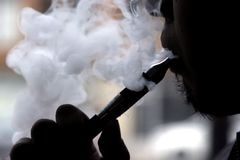 Opinion
Banning e-cigarettes is not the way to address fears about the harms of vaping Subscriber content
July 2, 2019 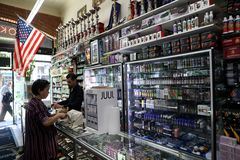