The Editorial Board
Published April 26, 2021 Updated April 27, 2021
Comments
Text Size
Please log in to listen to this story. Also available in French and Mandarin. Log In Create Free Account

We’ve seen this before: the number of daily new cases of COVID-19 in Canada levelling off, maybe even dropping; reinvigorated measures in key provinces helping to bring down the numbers; a steady vaccination pace; the promise of better times around the corner.

And we know how it can all go wrong. The country is always one long weekend, or one premature reopening, from another surge. Canada’s successes against the pandemic have been fragile, and temporary.

Except maybe not this time. The reason is vaccinations. New modelling from the Public Health Agency of Canada suggests that, once 75 per cent of the adult population has received at least one vaccine dose, the country could start lifting the most onerous restrictions by July or August.

It’s tremendous news, though there is a ways to go before we get there. As of Monday, the COVID-19 vaccine tracker website was reporting that just 29.4 per cent of Canadians had received at least one shot.

That gap, between reality and hope, is a reminder of the two crucial ingredients for success: a growing supply of vaccines – and a high level of willingness on the part of Canadians to get vaccinated.

The first item has been a challenge, but progress is being made. The second item risks becoming the final obstacle to ending the pandemic.

Ottawa is entirely reliant on imported vaccine doses, and to date its posted delivery schedule has been about as dependable as a weather forecast in April.

Canada is to receive nearly two million doses this week – a combination of Pfizer, Moderna and Johnson & Johnson. In May, Pfizer is scheduled to double its shipments to Canada, to two million doses a week. However, the timing and size of Moderna, J&J and AstraZeneca deliveries remain uncertain.

Still, Ottawa’s goal of importing enough doses to offer a first shot to every adult Canadian by the end of June appears within reach.

But even if all of the scheduled doses, and more, arrive over the next two months, Canada will still be faced with the challenge of vaccine hesitancy. Not rock-solid opposition, but problems of reluctance or inconvenience.

In the United States, where domestic supply means the country is awash in doses, and about 50 per cent of the population has had a first jab, the rate of new vaccinations has been falling.

A survey from the Kaiser Family Foundation says only about 60 per cent of Americans are keen to get a shot. The U.S. is experiencing the beginning of a new kind of vaccine shortage – not of shots, but of demand for them.

Canada has similar issues. About 30 per cent of Canadians have had at least one shot, and another 41 per cent say they will take the first one offered, according to a recent poll. That’s not enough to hit PHAC’s 75-per-cent target.

Ottawa and the provinces need to understand that having doses available, and creating the conditions where people are willing and able to take them, are separate issues.

The latter requires that people don’t have to sign up on multiple websites, call multiple pharmacies or follow a citizen-run Twitter feed that tracks down available appointments. It would be helpful if other provinces had reliable, centralized booking systems like Quebec and Nova Scotia.

Getting enough shots in arms will also require a dedicated campaign to reassure anyone having doubts. And it will mean a meticulous program of following up with those who’ve taken a first dose, to make sure they show up for their second appointment.

If there is one thing politicians are good at, it’s running campaigns. They know it’s not enough to set up a polling station and hope people show up and vote. Persuading the persuadable takes everything from high-level advertising to an on-the-street ground game. You have to mobilize influencers and volunteers. You have to knock on front doors, sometimes repeatedly. You have to offer to drive people to the polls, or take the ballots – sorry, the shots – directly to them.

To end the pandemic, we’ve got to make vaccination easier than voting.

Our political leaders may not have gone into this armed with a wealth of knowledge about fighting a pandemic, but they know a great deal about how to end one. They have to start putting that knowledge to work – so that Canada doesn’t run out of willing arms. 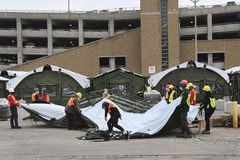 Opinion
Can we follow the British model to tame the virus by Canada Day?
April 29, 2021 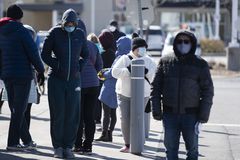