Over the past decade, Canadian exports to China have nearly tripled, to about $27-billion in 2017. The star of that performance: a humble Prairie crop called low erucic acid rapeseed – better known as canola.

The plants flower in vast fields of bright yellow in summer and, once harvested, the seeds become animal feed and oil. The boom in canola exports is staggering. Between 2007 and 2017, exports of the crop grew more than tenfold, to $2.7-billion. It is Canada’s single largest export to China.

After Canada arrested Huawei executive Meng Wanzhou in December, pursuant to an extradition request from the United States, China started hitting back. First came the arrest of two Canadians on trumped-up charges. And then, two months ago, Beijing began taking aim at Canada’s top export.

Chinese officials began blocking shipments, claiming to have discovered pests in the product. Canada has sought to send a scientific delegation to China to assess the issue; China has not responded. The silence speaks volumes. Last week, China also suspended imports from two Canadian pork-processing plants. The alleged issue is incorrect labelling of import certificates.

The United States has been of little help. The Trump administration is in heated trade talks with China and has reportedly rejected China’s request to link discussion of Huawei and Ms. Meng’s case. Meanwhile, Ms. Meng remains under luxurious house arrest in Vancouver as the extradition process advances, slowly. Canada is on its own.

That leaves canola farmers in the lurch. Ottawa last week expanded a loan program, but has chosen not to pursue a more aggressive tack, such as a World Trade Organization complaint. Canola farmers bet big on China, riding a long wave of growth. Now they’ve hit the shoals. Finding a landing spot for so much displaced canola will not be easy. China accounts for half of Canadian canola-seed exports and buys as much as the next four biggest markets combined.

There is a lesson for Canada in this. The promise of China profits entranced many, and the canola business seized upon the opportunity better than most. The risk of becoming the target for a capricious trading partner was understandably not uppermost in many minds. The canola business could not have foreseen the Meng affair. But the probability of some sort of costly contretemps with China was always high.

Bay Street and Parliament Hill have both eagerly courted China for more than two decades. But trade with China comes with costs and risks that are different from doing business with countries where the rule of law is less malleable. The canola case is an opportunity to reassess our country’s priorities, including the trade relationship with China.

It’s true Canadian exports to China have grown rapidly. But that growth has to be put in perspective.

Opinion: Canada’s trade reality: stuck between a rock and a hard place

Opinion: Canada must use its trade weapons to respond to China now

Opinion: China has taken our citizens and canola producers hostage. Here’s how Ottawa can muscle up

In the four years from 2015 through 2018, merchandise exports to China grew by 43 per cent, or some $8.4-billion. But in dollar terms, that was no greater than the combined increase in exports to the European Union and Mexico. In percentage terms, exports to Mexico even grew slightly faster than those to China. But trade missions to Berlin and Mexico City aren’t in the headlines.

And while diversification of trade is important, there will be no replacing Canada’s No. 1 customer. Over the past four years, exports to the United States rose by “only” 8 per cent – but because that growth builds on a much larger base, it meant an extra $33.7-billion in new trade.

Canada now finds itself stuck in a fight with China. It’s a fight Canada never asked for, but China’s nature as a totalitarian state made it inevitable. It was a matter of when, not whether.

And in this fight, Canada is at a clear disadvantage. But Ottawa can’t simply roll over. If it does, China will know that when it pushes, we will cave in.

Huawei and its 5G mobile-network equipment present a target for Ottawa. The government has said cabinet will decide before the fall election whether it will allow Huawei equipment to be used in next-generation networks here. There are believed to be strong reasons to decide against Huawei 5G on national-security grounds, a conclusion reached by Australia and the United States.

Until recently, the name of the game in Ottawa was avoiding giving offence to Beijing, in the hope that corporate Canada would be rewarded. After Meng and canola, the game has changed.

Opinion
Now is not the time to be expanding research partnerships with Huawei
May 6, 2019 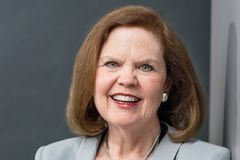 Opinion
With lives at stake, Canada’s misguided vision of China demands a careful reboot
May 1, 2019 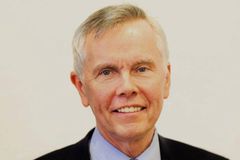