But though President Donald Trump lost, he still got 74 million votes – more than anyone ever, save his opponent, and 11 million more votes than four years ago. And if Mr. Trump had found a mere 44,000 extra votes across Arizona, Wisconsin and Georgia, he would have won those states and produced a 269-269 tie in the Electoral College. Congress would have been left to break the tie, and Mr. Trump would likely have been re-elected.

Mr. Biden’s victory was a near-run thing. And his Democratic Party, which poll after poll suggested was on the verge of taking control of Congress, is instead looking at a significantly reduced majority in the House of Representatives, and slim odds securing a 50-50 split in the Senate by winning two runoff elections in Georgia.

The disappointing result is why Democratic leaders in Congress started going at one another after the election – with progressives from deeply blue districts, such as Alexandria Ocasio-Cortez, on one side, and moderates such as Elissa Slotkin, a congresswoman from a Michigan suburban-rural swing district, on the other.

The reasons why Republicans did better than expected, and Democrats did worse, will be debated for years to come, across both of America’s major political parties.

The lessons will be debated in Canada, too.

Though Canada is a different country, with a different history and political system, it has also always been less different from the U.S. than any other country. And given the increasing presence of American issues and cues in the average Canadian’s diet, Canadians are arguably less culturally different than ever from Americans. Canada’s political parties have reason to learn what they can from this latest round on the U.S. political battlefield.

Mr. Biden and Mr. Trump embody two alternative paths to victory. Mr. Trump’s campaign was all about motivation and polarization, with a focus on stirring up soft sympathizers, and getting them mad enough to vote.

Those extra 11 million votes Mr. Trump picked up since 2016 are proof of concept. As part of the base-motivation strategy, he also succeeded in painting his opponents as riot-loving, soft-on-crime socialists, a tall tale that may have made the difference in Florida.

Mr. Trump found millions of new voters. However, he also drove millions to the other side. That’s the thing about being polarizing: it risks repelling more than it attracts.

Mr. Biden, in contrast, ran as the consummate moderate, in temperament and policy. He did not meet Mr. Trump’s inflammatory rhetoric of culture war from the right with his own calls for culture war from the left. Instead, he told voters that, if elected, he would put out those fires, and focus on bread-and-butter issues. His campaign, like the Democratic success in the 2018 midterms, was built around issues crossing lines of race and class, such as health care. His pitch was heavily tilted to swing voters and swing states.

To the extent that Democrats lost swing seats in Congress, and Mr. Biden failed to rack up the expected landslide, the problem seems to have been that enough voters bought Mr. Trump’s tale about the Democratic Party – namely that it has it in for those who are working class, less educated and white.

The thing is, in pure dollar-and-cents terms, government by Democrats would deliver more to those voters than what Republicans are offering. But culturally, a gap has been opened up between two Americas. The division, which extremes in both parties are widening, is partly about race, and partly about class. Working-class voters, once the Democrats’ base, no longer hear a signal of economic uplift, but are instead picking up what sounds to them like the noise of social justice.

For example, nobody within shouting distance of Mr. Biden supports “defund the police.” Yet a fair number of voters seem to have bought the Republican story that this slogan, embraced by only a minority of Democrats, is actually in the driver’s seat. 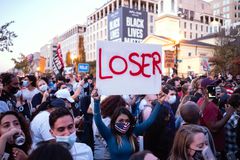 Opinion
Joe Biden won because voters aren’t half as dumb as politicians think they are
November 15, 2020 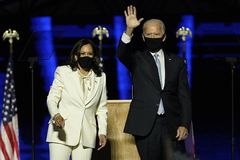 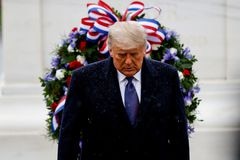