What did voters learn from the one (and, sadly, only) official English-language debate? That on a stage crowded with six leaders, five moderators, five topics and a choreography that got ever tighter as two hours raced through the hourglass, it wasn’t easy for any leader to make a mark.

The first score of the evening went to People’s Party Leader Maxime Bernier – merely by virtue of being in the room. The opening debating question went to him, and the contest’s rules then compelled each of the leaders to argue with him in turn, one after the other. At least at first, he had more time on stage than anyone else.

And at the end of the debate, Mr. Bernier had the opportunity to engage in a debate with any leader, and he of course called out Conservative Leader Andrew Scheer. To the extent that Mr. Bernier and his party can capture votes, they will pull from the same pool as the Conservatives. Mr. Scheer wisely sought to contrast and distinguish his views on immigration and multiculturalism from those of Mr. Bernier.

As for Liberal Leader Justin Trudeau, who said that Mr. Bernier was there “to say publicly what Mr. Scheer thinks privately,” he was very happy to have Mr. Bernier on the stage. And the structure of the debate also helped Mr. Trudeau. As the incumbent Prime Minister, he understandably was often a target of the other leaders. But because of the way the night was set up – did we mention six leaders, five topics, two hours? – he was rarely a sustained target.

You might say that the arrangement privileged Mr. Trudeau. It gave the others the opportunity to throw some not unexpected sound bites at him, and he at them, but there simply wasn’t the time for anyone to go long or deep.

What’s more, the lineup of this election, with six parties in the race, has created new dynamics that were on display in the debate. New Democratic Party Jagmeet Singh often took shots at Green Party Leader Elizabeth May, and vice versa. It’s understandable; they’re fighting for the same votes.

And Bloc Québécois Leader Yves-François Blanchet was often interested in going after the Conservatives’ Mr. Scheer; they too are competing for many of the same voters in Quebec.

Leaders’ debates rarely deliver the political equivalent of boxing’s knockout blow, and Monday night was no exception. Every leader can believe they did well, though the biggest winner may have been Mr. Singh.

He came into this election in deep trouble, with the Greens and BQ alike threatening to eat what remains of his voting base. But on Monday night, he appeared the most happy and relaxed of the candidates, was often precise in his attacks on Mr. Trudeau, and was able to joke about the fact that he was three different times called “Mr. Scheer.”

And on multiple occasions after Mr. Trudeau and Mr. Scheer had taken runs at one another, their acrimony visible and their emotions high, Mr. Singh would jump in and offer himself as – dare we say it – the sunny-ways alternative. After one exchange where the Liberal and Conservative leaders repeatedly talked over one another, Mr. Singh, using one of those sound-bite chestnuts each leader had stored up, said that Canadians shouldn’t have to choose between “Mr. Delay and Mr. Deny.”

If this were a contest to pick Canada’s best political stand-up comedian, Mr. Singh would have won, hands-down. But that’s not what this election is about.

When humour was left aside, Mr. Trudeau pushed Mr. Singh hard on the question of why his party is not interested in intervening in the court challenge against Quebec’s law that legislates public-sector workplace discrimination against anyone who, like Mr. Singh, wears a religious symbol.

But the one truly disappointing thing about this year’s first official English-language debate? The fact that it’s also the last.

The creation of an official Leaders’ Debates Commission was supposed to give us more and better debates. Instead, 2015’s three unofficial English-language contests were reduced to this year’s solitary official meeting. The Liberals have for weeks insisted that’s an improvement over last election, apparently relying on a new version of discovery math where one is more than three.

One short debate, with space and time limited, and with six competing leaders often forced to talk over one another in order to be heard, left little room for anything more than sound bites and talking points. For undecided voters, the decision will have to come down to meatier stuff – each party’s platform, and its record. 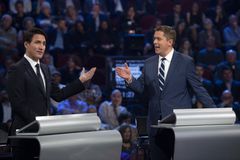 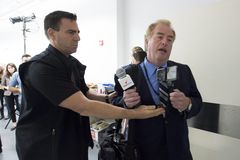