A 1953 documentary, Oil Across the Rockies, chronicles the building of the Trans Mountain pipeline from Edmonton to Vancouver. The film presents a feat of engineering, with challenges faced and overcome. The Trans Mountain Oil Pipeline Co., backed by American oil money, had been created by Parliament in March, 1951. By December, after brief regulatory hearings, a construction permit had been issued. Work began in early 1952; oil flowed by late 1953. Alberta crude had reached the Pacific.

As Ottawa works to redress these failings, the idea of Indigenous pipeline ownership has moved from intriguing concept to real possibility. Last month, The Globe reported that a group led by a former chief of a First Nation in Saskatchewan is working on a bid for a 51-per-cent stake in the Trans Mountain pipeline and expansion project, which is valued at more than $13-billion. The group would finance it through Canada’s big banks, with the debt backed by oil-shipping contracts. First Nations from across Western Canada would be invited to join in. The plan is billed as Project Reconciliation.

Project Reconciliation is vying against an effort led by the Western Indigenous Pipeline Group. That group is helmed by Chief Michael LeBourdais of the Whispering Pines/Clinton Indian Band, whose land in British Columbia’s central Interior is on the pipeline route. Mr. LeBourdais’s group plans to soon hold meetings to sign on Indigenous organizations along the pipeline. Mr. LeBourdais sees opportunity in direct environmental oversight – with seats on the pipeline’s board of directors – and economic gain. “We want,” he says, “to participate in the economy fully, and equally.”

Canadians should welcome this ambition. It is a clear display that, when an industrial project is in the works, Indigenous people are not simply some box to check. Indigenous communities can be – and should be – seen as partners. Too often, from the vantage of downtown Toronto or Calgary, a homogeneous voice is imposed on Indigenous Canadians, that of opposition to economic development.

But there is an array of views within Indigenous communities and between them, the same as politics anywhere. So while the Vancouver-area Tsleil-Waututh Nation lead a strong opposition to Trans Mountain, others, such as the Western Indigenous Pipeline Group and Project Reconciliation, see a future in the project.

An Indigenous equity stake in Trans Mountain will not guarantee acceptance. But it would be a powerful symbol of doing business in Canada in the 21st century. The pipeline was built in the era of residential schools. Indigenous ownership could create tangible economic success stories, more so than apologies or perfunctory land-acknowledgment statements. Steady income from a profitable pipeline would be a welcome respite from the hard facts of life in places such as the Whispering Pines/Clinton Indian Band, where, according to the last census, only half the residents have a high-school degree and the unemployment rate is 25 per cent.

Indigenous ownership was once before a key element of a major pipeline. The Mackenzie Valley natural-gas project was first proposed in the 1970s, but stalled on Indigenous questions. Its early-2000s revival happened in part because of a deal with the Aboriginal Pipeline Group, a partnership of First Nations for a one-third stake in the pipeline. Although the project was scuppered by a rapidly changing gas market, the idea of Indigenous partnership was prescient.

The concept is taking wider hold. In 2017, the Mikisew Cree and Fort McKay First Nations in northeastern Alberta bought a 49-per-cent stake in a Suncor Energy oil sands storage facility for $503-million. And this week, Alberta’s United Conservative Party promised, if elected, to help First Nations invest in energy projects.

As for Indigenous investment in Trans Mountain, the possibility opens up opportunities for this desperately needed but long-stalled project. Alberta gets its pipeline, the national economy gets a boost and Indigenous groups get a piece of the pie – along with part ownership of the bakery. Sounds like a win-win-win.

Opinion
A First Nations-led majority stake in Trans Mountain would be a brave new kind of reconciliation
March 28, 2019 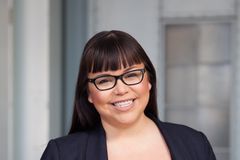 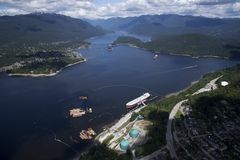 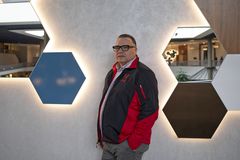