As Ottawa opens its big business emergency lending program – please don’t call it a “bailout,” quoth the Prime Minister and the Finance Minister – it is worth rewinding the tape back to a decade ago.

When the previous recession hit, General Motors and Chrysler were thrown into financial turmoil. Taxpayers north and south of the border saved the two automakers, exchanging money for large equity stakes.

The plan worked, at least in one respect. It was designed to save companies and employees, not investors. Shareholders were wiped out – as they should have been – but the restructured firms, their businesses and their payrolls, lived on.

With the ample view of hindsight, however, the program was less successful. The promise to maintain car production in Canada – and thousands of good jobs – did not last. As for the investments, Ottawa and Ontario got back about 25 per cent less than they put in, a loss of $3.5-billion.

Since the pandemic hit, Ottawa has rolled out tens of billions of dollars in economic rescue spending. The focus has been on helping individual Canadians, through payments to those without work, and temporary subsidies to encourage all companies to keep workers on the payroll. There’s also been help for small and medium-sized businesses.

As of this week, the federal government is now accepting applications for help from big businesses.

This time, instead of a made-to-measure bailout for two automakers, Ottawa has chosen an off-the-rack route and made it widely available. It is the right way to go. The plan is known as the Large Employer Emergency Financing Facility, or LEEFF. It is for companies with annual revenues of $300-million and more. About 3,000 Canadian businesses clear that hurdle.

As with all the economic support measures Ottawa has announced since March, the idea is to build a bridge from before the pandemic to after, to carry people and businesses across the chasm. Ottawa will lend money to large companies that cannot meet their needs through the market.

There are some restrictions. Executive pay will be capped at $1-million, dividends and share buybacks will not be allowed, and collective bargaining and pension agreements must be respected. That’s reasonable, since this is about helping workers and companies, not investors. Ottawa is also requiring that companies publish their climate change plans. Critics have called this onerous and ideological, but for public companies, such information is becoming a staple of corporate disclosure. The minimum loan amount is $60-million. The interest rate is 5 per cent in the first year, 8 per cent the following year, and rising by 2 per cent each year thereafter. Companies will also have to give Ottawa a piece of themselves through equity warrants.

The Canadian economy over time will fully recover from the pandemic recession, but the precise makeup of the economy, including how and where people spend, will change. Even in good economic times, capitalism’s creative destruction means that businesses are constantly dying and being born. In normal times, that is encouraged, while citizens are protected by a generous safety net. In normal times, the safety net is for people only.

These are not normal times, which is why LEEFF, if carefully deployed – and not extended to every applicant – is justified. As the C.D. Howe Institute recently put it, any policy to help business “should not displace market forces" and government backstops should not hinder "efficient, pro-competitive consolidation or forestall restructuring of distressed companies.”

Not to put too fine a point on it, but some companies may not be the right candidates for a government bridge, because there is nothing for them on the other side. LEEFF, while acting as a lender of last resort for some companies, must be able to say no to others.

The thin details of LEEFF leave one more question unanswered: How will Ottawa decide who gets a loan and who doesn’t? Transparency is paramount. 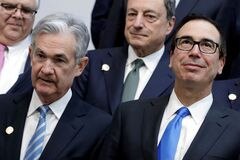 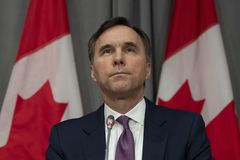