The Editorial Board
Published October 16, 2020 Updated October 23, 2020
Comments
Text Size
Please log in to listen to this story. Also available in French and Mandarin. Log In Create Free Account

Fifty years ago this week, near the end of a remarkably philosophical address to the nation after his invocation of the War Measures Act, prime minister Pierre Trudeau said: “I’m confident that those persons who unleashed this tragic sequence of events with the aim of destroying our society and dividing our country will find that the opposite will occur. … Those who would have divided us will have united us.”

Half a century after the October Crisis, Mr. Trudeau’s hope that the Front de Liberation du Québec’s violent bid for division through terrorism would instead result in a national unity of opinion has largely come to pass – albeit not entirely as he had in mind.

The FLQ had for years been planting bombs in Quebec, aiming to spark a Marxist-nationalist insurrection among the province’s workers. The bombers killed several people and wounded many more, but remained a fringe movement. Then, on Oct. 5, 1970, the FLQ kidnapped British diplomat James Cross. Five days later, it seized Pierre Laporte, Quebec’s deputy premier.

The shock was immense, not least in Quebec. Imagine if Canada today were home to a terrorist group that, after planting dozens of bombs, raised the stakes by kidnapping the deputy prime minister and threatening to kill her unless a list of men convicted of murder and other crimes were released from prison.

The leading light of the independence movement, René Lévesque, condemned the FLQ without reservation. “Those who coldly and deliberately executed Mr. Laporte,” Mr. Lévesque said in French, “are inhuman beings. They imported here, into a society where it was absolutely not justified, an icy fanaticism and the methods of blackmail by assassination that are those of a jungle from which there is no way out. … We can only wish them the worst of punishments: to live long enough to see that they do not represent anything or anyone, and that their act was not only criminal, but insane.”

The FLQ instantly discredited the idea of independence through the barrel of a gun. Canada’s national unity crisis went on for a generation, but underlying the disagreements between federalists and separatists was a deep and very Canadian agreement on the primacy of democracy, non-violence and law.

That’s what Mr. Trudeau said the War Measures Act was defending. In his address to the nation, he said that, in temporarily suspending civil liberties, he was “acting to maintain the rule of law, without which freedom is impossible,” and to ensure “that in this country laws are made and changed by the elected representatives of all Canadians, not by a handful of self-selected dictators.”

In the fall of 1970, Mr. Lévesque and others critics of the Trudeau government largely agreed with those goals. Where they disagreed was with the methods.

Many Quebec nationalists would later peddle the fiction that the War Measures Act had been brought in to “crush Quebec,” but Ottawa only invoked it after a request from then Montreal mayor Jean Drapeau and Quebec premier Robert Bourassa. Both would be re-elected; as for Mr. Trudeau’s Liberals, they won nearly every Quebec seat in the 1972 federal election.

Yet over time, a consensus of opinion has grown about the War Measures Act: However popular it was, it was an overreaction and a mistake. Law and order had to be maintained, democracy had to be defended, and Mr. Trudeau was right to send the army to protect the public and assist the police. But giving police the power to arrest hundreds of people, without warrants or habeas corpus, was neither necessary nor wise.

Yes, the vast majority of those arrested were released within days or hours. No, this was not a Pinochet-style coup – not remotely. And yet, the use of the War Measures Act set a precedent best not repeated.

“Within Canada,” Mr. Trudeau told the country in 1970, “there is ample room for opposition and dissent, but none for intimidation and terror.” The country has changed over 50 years; that truth hasn’t. 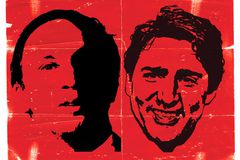 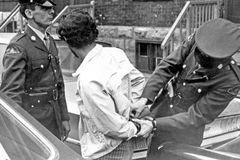 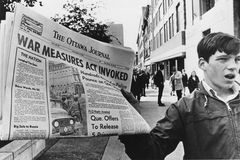