Last month, an Ontario judge used a sentencing decision to send a message to the provincial government about the inhumane conditions at one of the country’s largest jails. It’s a message that deserves to be amplified and repeated.

In sentencing 42-year-old Jeffrey Persad for multiple drug and firearms offences, Ontario Superior Court Justice Andras Schreck described life at the Toronto South Detention Centre, where the accused was held from his arrest until he was convicted and sentenced.

Mr. Persad was at the TSDC for 1,010 days. On 47 per cent of those days, he and the fellow detainees were on lockdown, meaning confined to their cells. “Many of the lockdowns lasted for 72 hours and some for as long as seven days,” according to the judge, “and while inmates were supposed to have access to showers, telephones and fresh air during the lockdowns, this access was not provided.”

During lockdowns, Mr. Persad “would have to use the toilet in his cell in full view of his cellmate.” He also described “being provided with clothing, bedding and towels that were often stained with urine, feces or blood,” and “would sometimes have to go months without a clothing change.”

This man was not singled out for special treatment. What he was subjected to was ordinary. Thousands of Canadians awaiting trial are put through it at the TSDC.

Justice Schreck is not the first to have noticed this; it’s a conclusion that’s been reached by judge after judge. The judiciary has been sending this message for four years. Judges have described conditions at the TSDC as, among other things, “unacceptable, shocking, deplorable, harsh, oppressive, degrading, disheartening, appalling, Dickensian, regressive and inexcusable.”

Judges have also pointed out that this situation is both “well known” and “perfectly preventable.”

Four years of judicial nudges have been met with four years of government indifference. Queen’s Park, first under the Liberals and now under the Progressive Conservatives, has chosen to do nothing.

The root of the problem is money. The huge holding facility for those awaiting trial is understaffed and has been since it opened. Prisoners at TSDC are being locked down for long periods simply because the government refuses to hire enough guards to guard them.

There’s no political payoff for money spent on prisoners.

“While apparently aware of the repeated judicial concerns about the inhumane treatment of offenders,” Justice Schreck wrote, “the ministry has seen fit to ignore them.

“In my view, we have reached the point where the inhumane conditions at the TSDC go beyond being an unfortunate circumstance and can more properly be described as essentially a form of deliberate state misconduct.”

This is not how things are supposed to be in Canada. And yet, they are. “It is shocking that detention centres in Toronto," one judge wrote last year, "are consistently failing to meet minimum standards established by the United Nations in the 1950s.”

It is entirely appropriate for Canada’s justice system to be tough on crime. Violent people should be behind bars for long periods of time, and some should be there for life. Protecting society is paramount.

But prisons are supposed to separate people from society, not demean and degrade them. That goes doubly for TSDC, which holds people who are presumed innocent. Many will be acquitted or have their charges dropped.

Unless we plan to turn the clock back a couple hundred years and impose life sentences for even minor crimes, nearly everyone currently in a Canadian prison or jail is going to get out, and soon. They are your future neighbours.

What kind of experience behind bars stands a chance of making them into good neighbours? Safety, educational opportunities and a chance to beat the mental-health issues and addictions that affect so many behind bars – or a lengthy period of state-sanctioned cruelty?

The way judges send a message to governments that a convicted person has suffered from state-sanctioned cruelty is by giving them extra credit for those harsh conditions. To account for the violation of Mr. Persad’s rights – a violation everyone at the TSDC endures – Justice Schreck reduced Mr. Persad’s sentence by three days for each day in lockdown.

He will be your neighbour in 33 months or less. 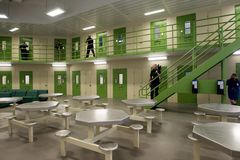 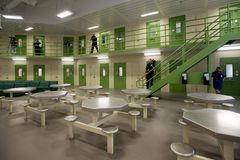